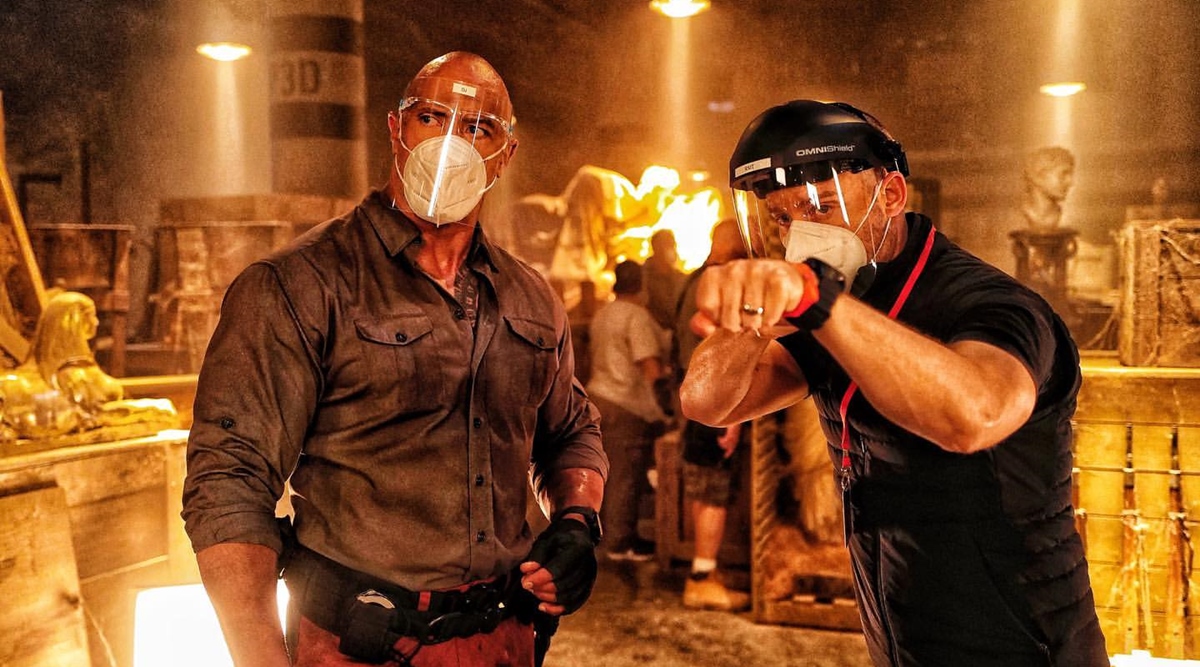 Dwayne Johnson and Rawson Marshall Thurber can be seen all masked-up in the picture. (Photo: Dwayne Johnson/masistills/Instagram)

Dwayne Johnson has resumed his shoot for his next project after winning his battle with coronavirus. He along with his wife and two daughters were diagnosed with coronavirus earlier this month.

His next is a Netflix film titled ‘Red Notice’. The film derives its name from an Interpol alert, which helps the police of different countries communicate regarding crime scenes or criminals. He revealed through his Instagram handle that the world is in an incredibly vulnerable situation and the whole cast and crew is shooting with necessary precautions and safety measures. Although he claimed that he felt some amount of anxiety in resuming work in the ‘new normal’, he has mentioned that the discipline and focus of the crew will help achieve the desired results.

The film had already completed half of its shooting but couldn’t be completed as a result of the pandemic. But now the makers have decided to complete the remaining schedule by the end of November, according to producer Hiram Garcia, who also happens to be a long-time friend of Johnson. He shared a picture with the film’s director and mentioned that it felt great to listen to him; although they didn’t have a clear “COVID playbook” for reference. The film also stars Ryan Reynolds and Gal Gadot. Details on when
the film will get released is yet to revealed by the makers.