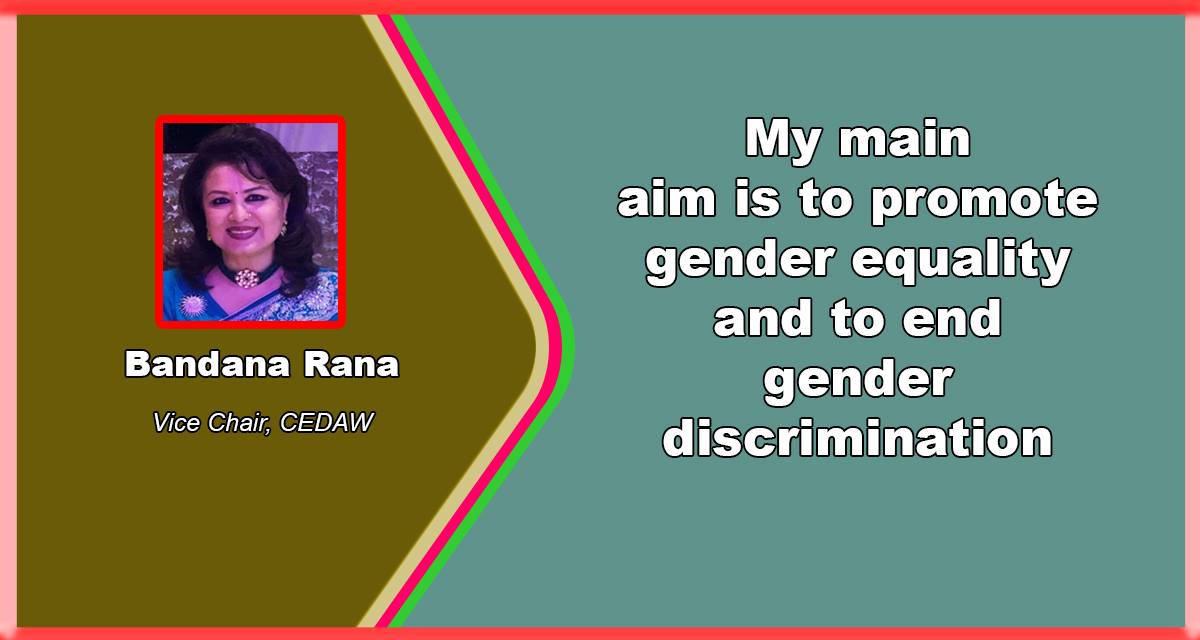 Ms. Bandana Rana is the first Nepali to be elected as the Vice Chair of the Committee on the Elimination of Discrimination Against Women, a treaty body under the United Nations that oversees the Convention of Elimination of All Forms of Discrimination Against Women (CEDAW). She is one of 23 experts from the world working on issues related to women’s human rights. She is also the former Chair of the National Women Commission. Having also been a media personality, she has spent more than three decades helping women realize and achieve their rights and is the co-founder of Saathi and Sancharika Samuha. She has also worked in various capacities within the UN bodies and succeeded in making a mark globally as a woman who stands for gender equality. Below is the full video as well as excerpts of her interview taken by our Senior Correspondent Ms. Shweta Karki.

“In 1991, I had the opportunity to go to rural areas of Nepal to compile videos of different people on what human development meant for them for the first human development report of the United Nations. That is when I started taking interviews of men and women. Men were easily available for the interview, but there were not enough women voices. Every time I would interview a woman, there would be four men answering for them. So I was determined to get their voices heard and started interviewing them on what human development meant for them. I asked them what their major concerns were related to and their answers were mostly related to physical and mental domestic violence. I then decided to contribute to society by taking these voices to the policy tables for changing policies and legislation. I have never looked back since then. My main aim is to promote gender equality and to end gender discrimination. From 2020 onward, I have been engaging more with the youth as it is extremely necessary for them to be aware and take an active step to stop these forms of discrimination. Unless that happens, we will not have a gender equal world.”

Posted by DCNepalNews on Tuesday, 22 September 2020