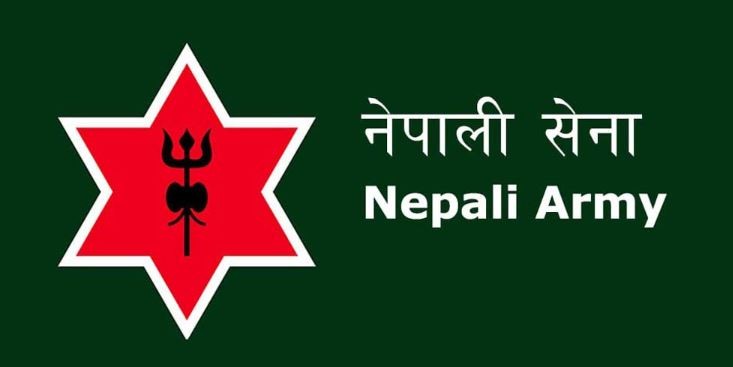 Kathmandu, Sept 30. The Nepal Army (NA) has intensified implementation of programmes in a way to further consolidate civil-military relations.

In this connection, NA spokesperson Santosh Ballav Poudel shared that the NA has placed emphasis on cost effective and benefits maximizing programmes with a view to promoting civil-military relations through development works and social service initiatives.

As a gesture of cooperation, the NA has constructed a haat bazaar with a truss home at Danabani Chowk of Dhanpalthan rural municipality in Morang and handed over it to the local government.

Ex-major general of the Nepal Army Ananta Karki had handed the haat bazaar structure to the rural municipality chair, shared the NA Directorate of Public Relations and Information.

Ministry of Physical Infrastructure and NA had provided Rs 5 million each for the programme while the rural municipality had disbursed Rs 1.4 million.

Likewise, the Kalijung battalion in Rasuwa has constructed rallying on a 2.58-km trekking route stretching from Gosainkunda rural municipality-5, Budda Temple to Gosainkunda. The battalion has also built a waiting stand at Cholangpati and makeshifts in Buddha Temple, NA said.

Battalion commander Sabindra Bagarkoti had handed the constructed structures to the Gosainkunda rural municipality on the presence of Langtang National Park office chief conservation officer Sushma Rana. The construction was undertaken at the cost of over Rs 3.5 million.

Likewise, the Nandabox battalion based in Jumla has constructed the buildings of Chandanath municipality-2 based Karnali secondary and Bohora secondary schools along with a basketball court and toilet and handed over to the schools. The NA had provided Rs 2.5 million for the task.

The Ranasingh command of the Nepal Army in Gorkha constructed a four-room building for the Nepal National Ex-Army Residential School along with its wall, and handed to the school authority, the NA directorate said. It was undertaken at the cost of Rs 2.5 million