Sushil Kumar Panta
Published on : Thu, 22 Oct, 2020
No ads found for this position 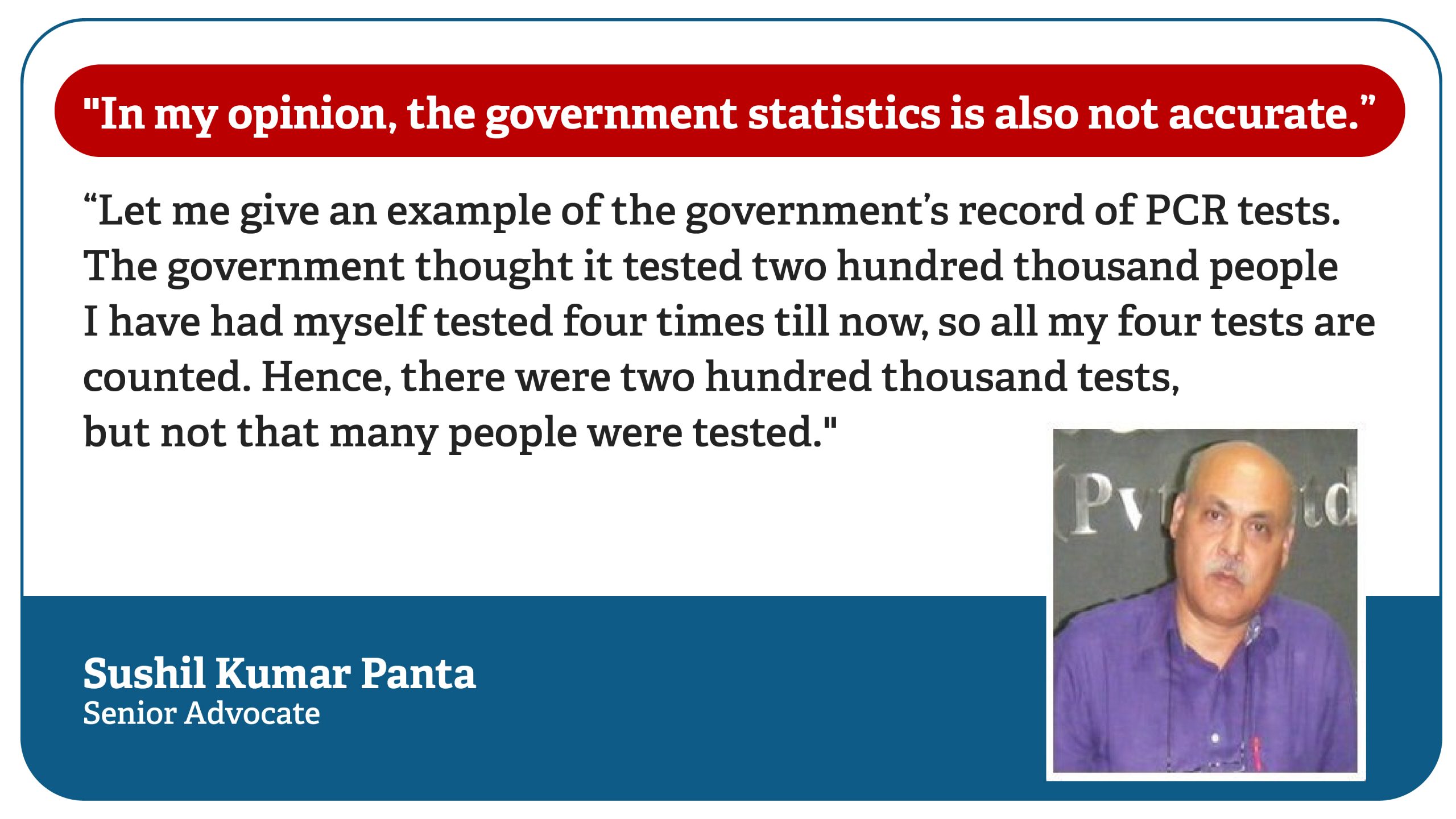 I had taken all precautions I could. It affected my driver first. I must have got the infection from him. And then it transferred to the whole family. The driver got it from the government office while he visited for green sticker for the vehicle. The office was unmanageably crowded. I realized then that one’s precaution alone was not enough and that citizens have to suffer for the state’s indifference.

As the name says, COVID-19 is a disease. We have to be conscious not to contract a disease. But after falling sick, one has to fight against it, which requires strong willpower. My experience tells me that people’s knowledge about this disease stands more on misconceptions than on facts.  There is no denying that it is a disease, but the rumors are more dreadful than the disease itself.

Some things were in extreme, however. The body aches, muscle and chest pains and coughs and headaches were more than one could have imagined or as portrayed by others.

In my experience, the government didn’t coordinate well with the corona infected patients. After I tested positive for COVID-19, no one made a proper response. After four days, the ward office made a telephone call and told me that I should make a visit to the medical center and forward the medical report to them; otherwise, they would not provide me a referral letter. How would a corona infected person go to the ward office or medical center? As per the law, one could be jailed for six months if found not obeying the isolation procedures.

Talking about the positive and negative reports, I tested positive thrice and negative once, which means I contributed to the positive record three times and negative one time. Since two positives are never negative, it will adversely affect the statistics of recovering cases. All these prove how faulty the government data keeping is.

I could not feel the presence of the state anywhere. The local government should at least provide a list of things to do and to have, mentioning the process to carry out those things. Nothing of that type is done, however. I guess, the government doesn’t even have the correct record of the number of corona patients. What they can do is develop a basic kit and charge those who can afford and provide it for free to the poor. Oximeter, vitamins B and C, paracetamol and other basic medications can be included in the kit.

The ward office didn’t ask me even once whether I had any problem or not. If they didn’t care a bit about somebody who paid a respectable amount of tax to the government, how can I think that the local level government would help those who are not well off? The state has become indifferent, as regards COVID-19. As the state itself is not much concerned, people’s efforts alone seem futile in controlling the disease.

There is an important thing worth mentioning. A medical lab is conducting corona tests using the test kits and machine rejected by the government because of its unreliability. A very large organization (whose name I don’t want to disclose) and hordes of people are having their corona tests done there because of the service and rate. The lab charges two thousand rupees and people seem unperturbed that they are using unreliable machine and kits.

We may doubt, but the government accepts the results of those kits. As per survey, the cost of a generic test kit may range from five hundred to three thousand rupees. We cannot expect the same response from the test kits with such a vast price difference. The government has not been able to manage a system in which people can have themselves tested using their own choice of test kits.

The situation is such that the spokesperson of the Ministry of Health shows the helplessness of the government informing about its inability to provide COVID-19 care. He tells that the public have to manage for treatment themselves and the tourism minister opines that the able must pay the charges for the tests and treatment. But what about themselves? Can they prove to the people that they have paid for the tests and treatments themselves? Of course, not!  They have squandered the government treasury and arranged such that the poor and the average people have no access to medical treatment for COVID-19 and in case of severity, they have no choice but to succumb to death. Only those who are financially strong can overcome COVID-19. No government can be more apathetic than ours!

Corona can be handled well, if proper care is taken. Out of seven members of my family, five tested positive whereas two didn’t. Those two members provided the remaining covid-positive members the daily meals. We had them have tested many times, but every time the results were negative for them.

The help one can render to the infected during their sick period is to ask them about their daily needs, their financial condition and the marketing and supplies and try to help ease their difficulties. The society casts a suspicious look at the family members of the infected when they go to purchase things even though they are negative. Hence, friends should come forward to help during this period.

Being a law professional, I have been pleading and arguing at the court. During my course of illness, an argument day approached. I informed the concerned judge about my covid-victim status and that other lawyers in office needed to undergo PCR tests. I told that I could not be present at the court because of my illness. Even after my message, the judge disposed the case.

I was disheartened and posted on my Facebook wall: “Owing to the micromanagement for Dashain festival, the judge could not adjourn the case even though the lawyer concerned was suffering from COVID-19.” In spite of that message on social media, no one in the judiciary was responsible enough to inquire about it. They just ignored it. COVID-19  has unveiled the pathetic condition of our judiciary to me.

Not only the judiciary, this disease has also unveiled the other side of the communist rule in the country — one that of shunning responsibility towards public health and patronizing corruption.