Paras, Karan and Kushal leave for UAE for T-10 league 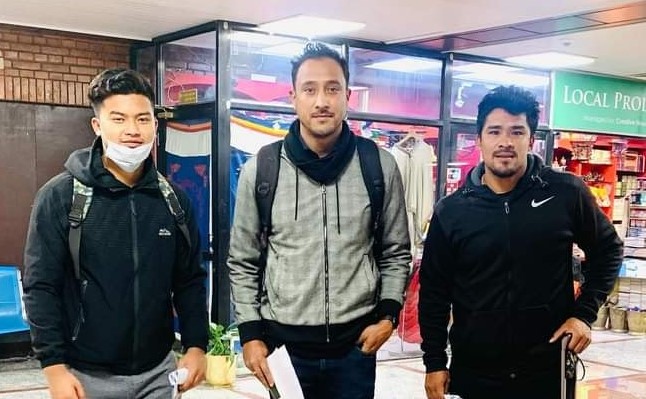 Paras, Karan and Kushal left for UAE on Thursday evening for the T-10 league. Paras is in the role of Emerging Talent Mentor of T-10 Team Abu Dubai. At the same Kushal will play from Abu Dubai. Karan is in Pune Devils.

Another Nepali player Sompal Kami will play for Arabians. Sompal has already left for UAE as Sompal, and Kushal did not play the ongoing Prime Minister’s Cup cricket in the capital due to the T-10 league. But Paras played one game. The T-10 League will run from January 28 to February 6.