We should hand over our youths to the manpower companies: Minister Chaudhary

Choodamani Bhattarai
Published on : Tue, 16 Feb, 2021
No ads found for this position 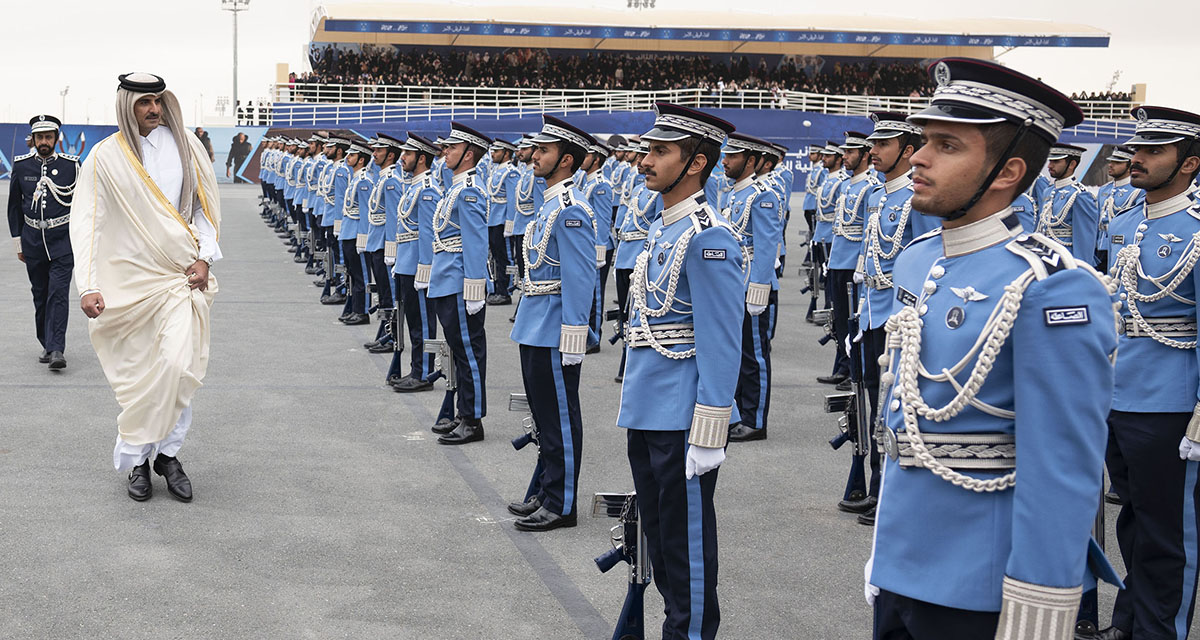 Kathmandu, February 16. The Government of Qatar is preparing to recruit at least 12,000 Nepali youths into its Police Force and Military services.

The Qatari government has sent a letter to the government of Nepal requesting permission to recruit 200 Nepali nationals during the first phase. The letter sought permission for the AlTauqet Overseas to work on the recruitment process. The Nepali Government remains undecided and has not responded to this request. No agreement exists between the two countries regarding the recruitment in security forces.

Qatar does not seek any fees for the recruitment and visa. The expenses will be fully incurred by the Qatari government. But, Nepali middle men and manpower agencies have started luring thousands of unemployed youth by charging up to 1 million rupees per person in the name of physical examination. The Nepali Embassy in Qatar has urged the Ministry of Foreign Affairs to take immediate action after learning of these unwarranted charges being collected by middlemen.

After Qatari Government expressed concern over this matter, Prime Minister KP Sharma Oli instructed the Labour and Foreign minister to consult with the concerned authorities and take necessary actions.

On Thursday, Foreign Minister Pradeep Gyawali called a meeting between the Labor Minister Gauri Shankar Chaudhary, Labor Secretary Toyam Rai, Foreign Secretary Bharatraj Poudel and joint secretaries of the ministries. In the meeting, questions like whether the youths should be sent to Qatar security agencies or whether they should be sent via brokers, were raised.

Foreign Minister Gyawali presented a different perspective and said, sending the young people in foreign military or police is a sensitive issue and we should not rush into allowing the brokers and manpower agencies. ‘The decision must be taken carefully but should not be delayed’ said Gyawali. He also said that another round of meeting will be held with the Defence Ministry, Home Ministry and stakeholders before reaching the final conclusion.

Nepali Ambassador to Qatar, Narad Bharadwaj Wagle told DCNepal that the agreement between the governments should be based on military laws. But, the Qatari government is focusing on recruiting youth under B2B(business to business) agreement. DCnepal sources revealed that Ambassador Wagle not only wrote a letter but also verbally briefed Minister Gyawali on the sensitivity of the issue.

Sending Nepali youth to serve in the foreign armed forces may be a threat to national security. Nepali youth are being sent as Gurkha soldiers in India, United Kingdom, Singapore and other countries. These recruitments are based on traditional treaties. Although there is no existing treaty between Qatar and Nepal regarding the recruitment for security services, Nepali individuals are being recruited to the Qatar security agencies through labor brokers and manpower agencies.

This kind of flow of laborers puts lives of thousands of Nepali youth at risk. The government should carefully review all the associated factors including pension policies, security provisions for the recruits and the families before sending the Nepali youth.

Instead of looking into the sensitive issues, Labour Minister Gauri Shankar Chaudhary is attempting to hand over the recruitment to the shady middlemen. His efforts have so far failed due to PM Oli and Minister Gyawali.

Qatari Embassy in Nepal has also courted controversy after it was revealed that they were working in cahoots with illegal middlemen to supply the needed manpower to Qatar Police. Sources claim that the vehicles and equipment of the embassy have been used for illegal business. The Qatari ambassador has returned to Doha to discuss this issue.

It is no secret that the Nepali and Qatari brokers are fleecing poor Nepali aspirants who are collecting the needed amounts by taking loans. These foreign employment companies and agents have been illegally collaborating with the high ranking government officials in looting at least 8 to 10 lakhs from each aspirant.

After the Director-General of the Department of Foreign Employment Kumar Dahal came to know about the illegal interviews, the department raided the manpower companies. The raids revealed the involvement of Qatari high-ranking officials in the illegal recruitment process.