Shrijana Singh Yonjan
Published on : Tue, 23 Feb, 2021
No ads found for this position 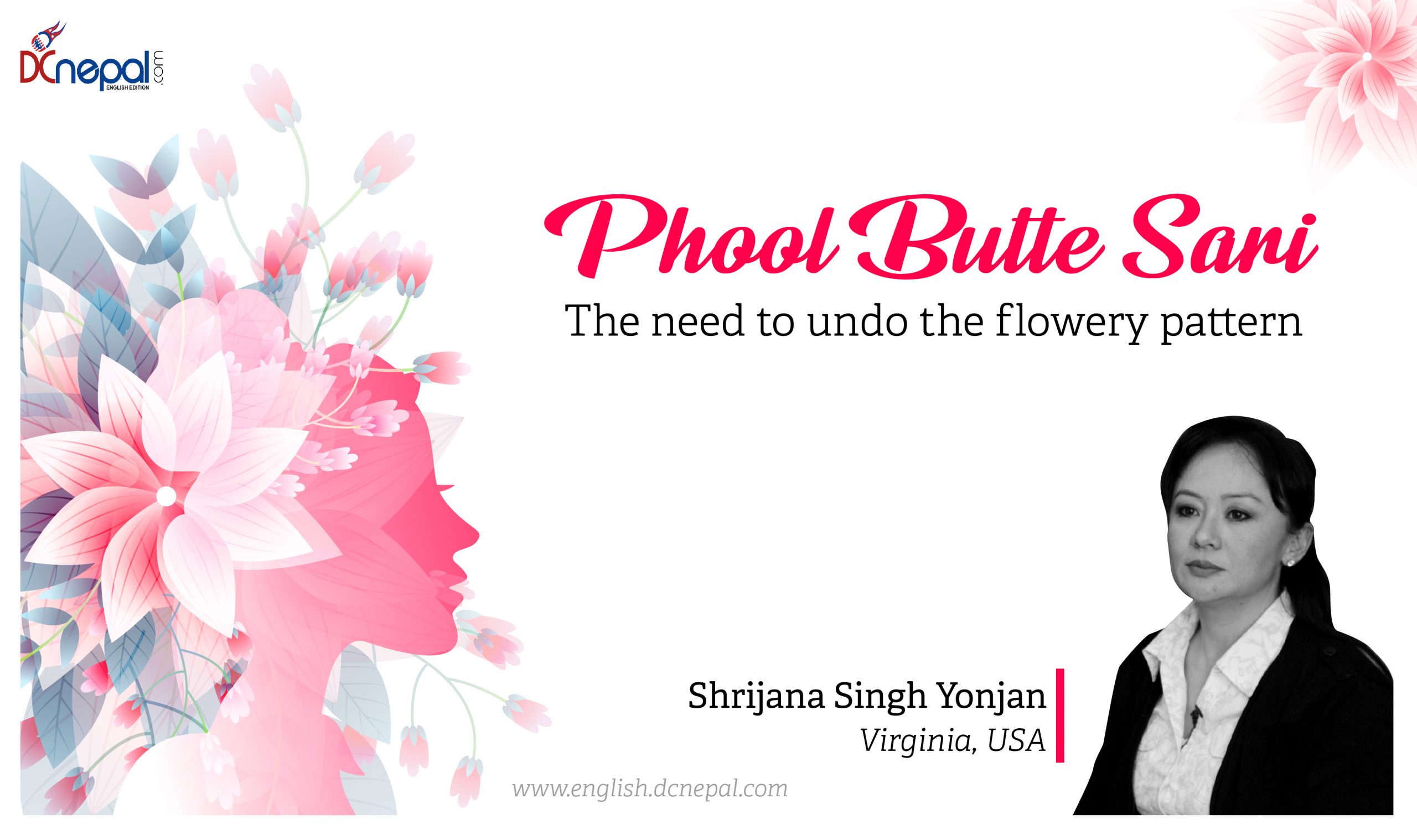 What is love? What is the basis of a loving relationship? Especially in the context of a couple who have been married for a relatively long time. I ask this question with context to the latest version of “Phool butte Sari” (flower patterned sari), a Nepali music video with veteran actors Mithila Sharma and Madan Krishna Shrestha in the lead roles. The video has been garnering both rave reviews and attacks for being gender insensitive. Out of curiosity, I watched it and couldn’t stop myself from penning down my thoughts on it. 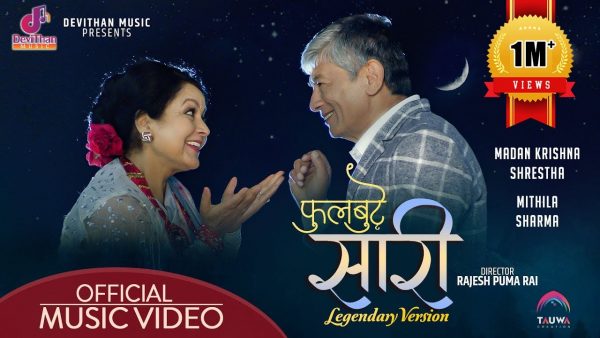 One positive aspect of the music video is that it brings a smile to our faces to watch an elderly couple enact the song. It is refreshing to watch the pair amidst the hoard of videos featuring young good looking couples.

Back in 2014 I had experimented with the concept of presenting three couples – one in the prime of their youth, the second in their 30s and the third couple in their 70s for a live rendition of my father’s song, “Yati Chokho, Yati Mitho” by Udaya Sotang. Among the three pairs, the elderly couple received the most thunderous applause from the audience proving that there is acceptance and appreciation for such representations in love songs.

This particular video could have truly broken grounds if it had been carefully thought through and crafted. But it has chosen to glorify the stereotypical role of a husband and wife as endorsed by patriarchal ideologies. Many might argue that “Those generation of couples are like that”! But are our assumptions justified? Have we researched on the topic? I cannot help thinking of Sita and Bal Mukund Pokhrel of Biratnagar this very moment. On one of my visits to their home while I was chatting with Sita jee, Bal Mukund jee lovingly chided his wife for neglecting to take her medicines and made her take them that very moment. I had wanted to capture that heartwarming and precious moment on film back then.  We have much to observe and learn from many couples like them.

“Phool butte sari” has chosen to follow the ingrained formulated approach taken by many melodramatic outdated films, and telefilms. The wife is portrayed as the ultimate symbol of subservient, sacrificing, and righteous love and care. From taking care of his reading glasses to his cups of tea to dressing him up, she is ready with an umbrella to escort him from the car to the house in the evening! In contrast, there is not a single action to suggest his love or care for her. There is one instance where the husband struggles to comb her hair but fails miserably in the process. This scene further enunciates the inability of men to carry out a simple task for his wife.  If only the husband was shown as managing some of his own chores and if only there was at least one shot where he asks his wife to sit for a while! The whole process is the glorification of a wife indulging and being completely immersed in serving her spoilt husband. When are we going to accept that the basis of love is mutual respect and understanding?

A woman’s identity should no longer be bound to, nor be conditional to how she plays out her various roles and how well she carries out her day to day household chores and responsibilities. These should not be confused nor measured as a woman’s expression of love and care. We have been misled in this direction for a long time by well spun tales in the form of religious anecdotes, mythological stories, and even modern day screen plays. Furthermore, let us not “glorify” women as being the upholders of tradition and customs or give the stale excuse of, “But this is our culture, our tradition” whenever an excuse is required . Are we even aware of the diversity and the richness of our cultural practices? There are many communities in Nepal where women have equal say over marriage and relationships. We need to have separate discussion programs on the topic. We have to understand how cunningly we have been coerced into accepting the practices of a dominant stream of patriarchal thoughts.

There have been public opinions on as to why there should be such a hullaballoo over a music video when there are so many other important issues to discuss. My simple answer to that is; what makes one believe that this issue is of any less importance? We are well aware of the impacts of visual media which has direct access into our homes and minds. It holds the power to create, destroy, influence, and encourage thoughts and actions. Let us be reminded of a case in 2015 of Sandesh Baliga, a 32 year old security guard who was acquitted by the Australian court after stalking two women. He got away on grounds of “cultural” reasons pointing to Bollywood’s glorification of ruthless stalking of leading ladies by the “heroes”.

In that context, should two prominent and well respected actors of the Nepali film industry represent such orthodox ideologies? We might accept the argument that as actors they might have little to no say to the concept or storyline, but that is exactly where the danger lies. The masses see them and absorb the image projected by them. There are chances of the masses justifying the same actions in real life. But, the actors are not the only ones to take the blame – the concept and story board developers, directors and producers all have to realize that in this day and age, they need to be very careful and sensitive while endeavoring to present any idealistic imagery of women.

Lastly, this video is being promoted as being a “legendary” version. I am trying to comprehend the claims made by trying to decipher which part of it is legendary. Legendary denotes something or someone who is remarkable, celebrated and trail blazing. Does the video justify its claims?