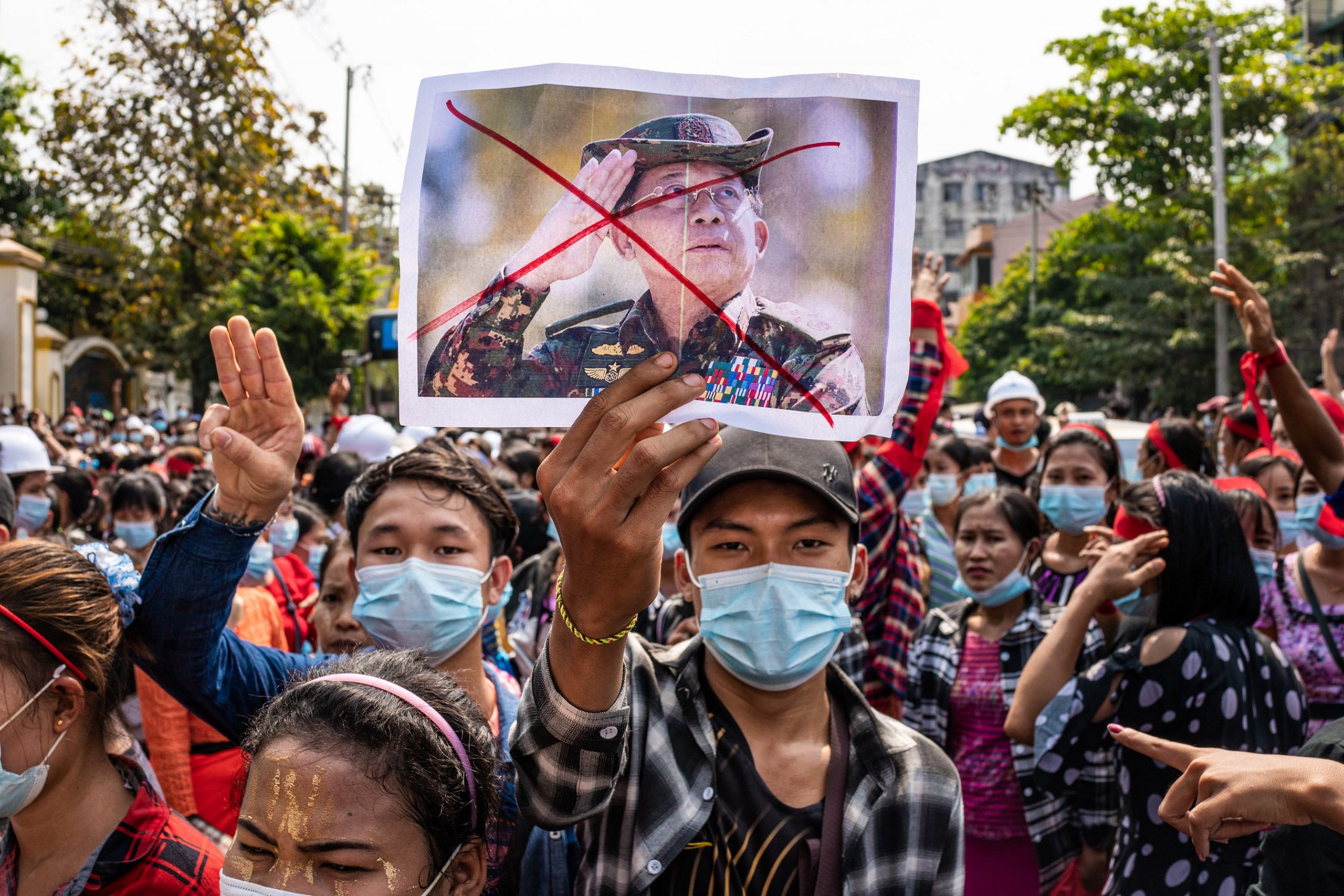 Kathmandu, April 5: The Human Rights and Peace Society has decided to continue with its demonstration to pile up pressure to the government of the Myanmar for safeguarding the lives of its people and for restoration of peace and democracy.

The Society in a press statement released today has stated that the Burmese Army had been suppressing the protestors in Myanmar demonstrating for restoration of democracy since the military here seized the power in a coup on February 1 this year.
The Society, condemning the military coup, has been protesting the suppression and the deaths on the part of the Burmese military.

The Society will wrap a black cloth around the mouth and stage a symbolic protest in front of the Bouddhanath Stupa at Bouddha on April 7 from 6:30 pm to 7 pm in a gesture of protest.

The protestors will include Society’s founder president Krishna Pahadi, advisor Uttam Pudasaini and representatives from the civic society among others.

Earlier, the Society had staged protests in front of the Burmese Embassy in Nepal at Lalitpur and Office of the United Nations in Nepal. Similar events have been organised by the Society in over one dozen districts across the country, according to the Society. (RSS)