Shyam Sharan Shrestha
Published on : Sat, 08 May, 2021
No ads found for this position 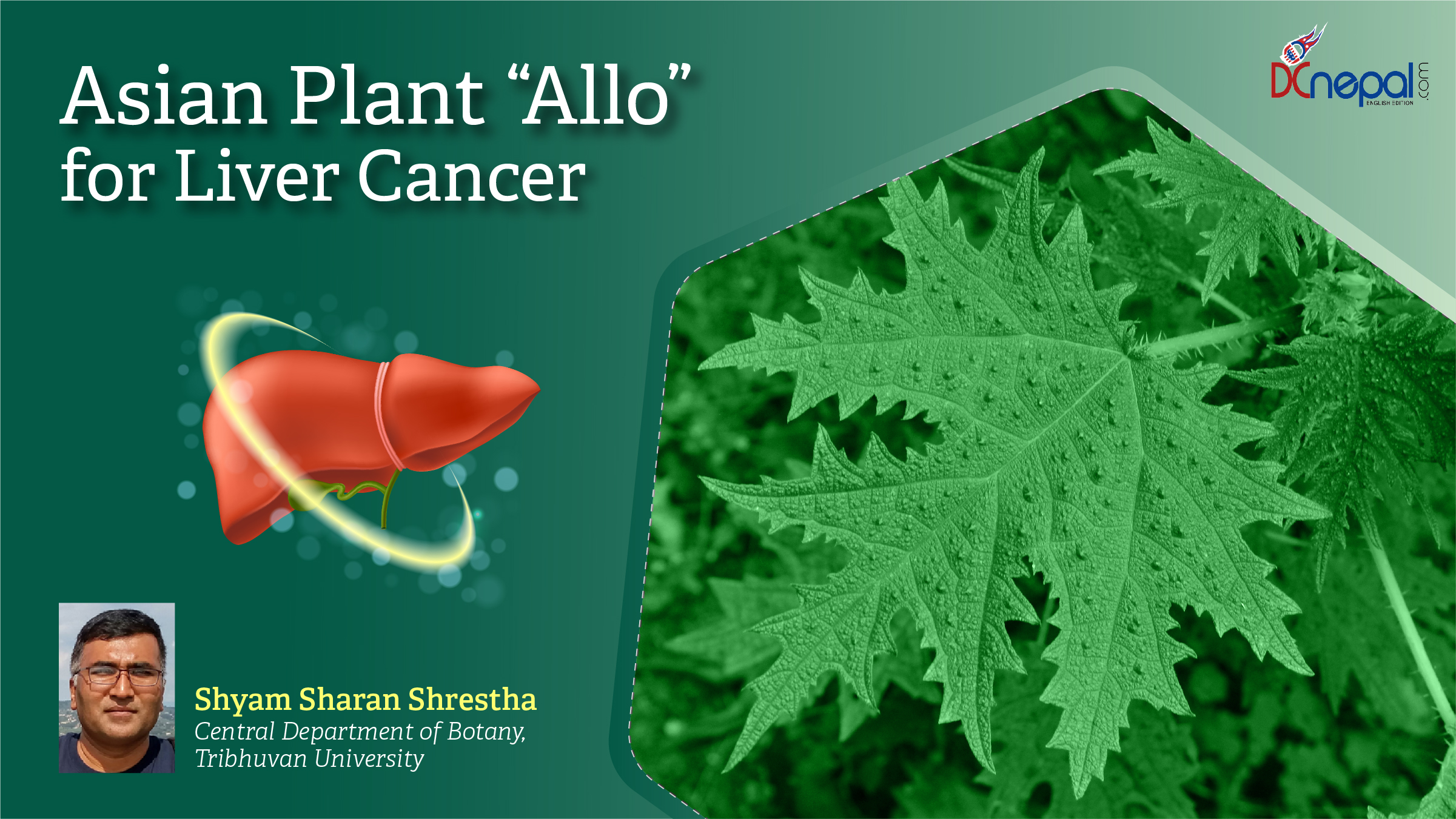 Asian Traditionally used multiuseful plant Girardinia diversifolia is commonly called Allo in Nepali, Xie zi cao in Chinese, Bichchhoo in hindi and in English it is commonly known as “Himalayan  nettle”. Due to the presence of stinging hairs, it causes irritation on the skin when it is touched G. diversifolia is a stout, erect, perennial herb.

It can grow from 25 to 200 cm height with perennial roots stock. The aerial parts are armed with numerous slender stinging hairs. Its leaves are broad, palm shaped and deeply 3-5 lobed; lobes are saw-toothed with bristles with broad and palm shaped. Flowers are yellowish, clustered in a panicle: male flowers are white in lower axillary panicles, and female flowers are in upper bristly axillary and terminal panicles. The plant is found on clump and each clump has many stems. The stem bark contains  strong, smooth and light fibres largely used for preparation of textiles,  in Nepal. Flowers comes from July to September and fruits from September to November.

It is also famous traditionally for the uses of the bast fibre of bark for making varieties of clothing, ropes, mats, sacks and various other domestic implements and in this context it is among one of the most important non timber forest products used for income generation among rural communities in the Himalaya region of Nepal. Young leaves and inflorescences are cooked as a green vegetables. Roasted seeds are pickled. It is also used as leafy vegetables for preparing snacks. 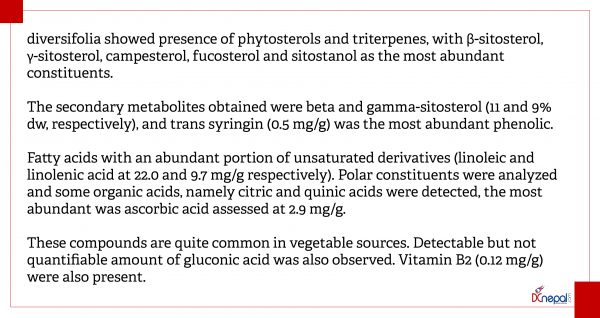 The antioxidant activity was moderate while a significant ability to inhibit Acetylcholinesterase (AChE), butyrilcholinesterase (BuChE), tyrosinase, alpha amylase and alpha glucosidase was observed. AChE predominates in the healthy brain, with BChE considered to play a minor role in regulating brain ACh levels. Both enzymes represent legitimate therapeutic targets for ameliorating the cholinergic deficit considered to be responsible for the neurological decline occurring in Alzheimer’s disease (AD). Tyrosinase is a main enzyme in the synthesis of melanin and its inhibition resulted to be significant showing potential usefulness of the extract for cosmetic uses and skin related diseases.

The recent study revealed that the methanolic extract of G. diversifolia has more cytotoxic effect on hepatocarcinoma cells of human by reducing expression of the low-density lipoprotein receptor. It does not have lipid lowering properties but can alter intracellular cholesterol homeostasis. The plant extract was more effective against Human Pancreatic cell lines as well as Ovarian cell lines. The methanolic extract showed the most potent cytotoxic eﬀect in Huh7 cells with an IC50 of 7.2±2.5 µg/mL, compared to 19.9±1.5 and 38.8±1.2 µg/mL for ethyl acetate and cyclohexane extracts, respectively.

Considering the phytochemical composition of the methanol extract, the cytotoxic activity could be ascribed due presence of overall phytocomplex like phytosterols, fucosterol and ﬂavonoids.

The study was carried out in collaboration between Central Department of Botany, Tribhuvan University, Nepal and laboratory work done in Natural Product Laboratory, Department of Pharmaceutical and Pharmacological Sciences,University of Padova, Italy. Plants were collected from Sindhuligadhi, Sindhuli, Central part of Nepal.

Click here to read the detailed research article entitled “Himalayan Nettle Girardinia diversifolia as a Candidate Ingredient for Pharmaceutical and Nutraceutical Applications—Phytochemical Analysis and In Vitro Bioassays” published in the Molecules Journal on 29 March 2020.