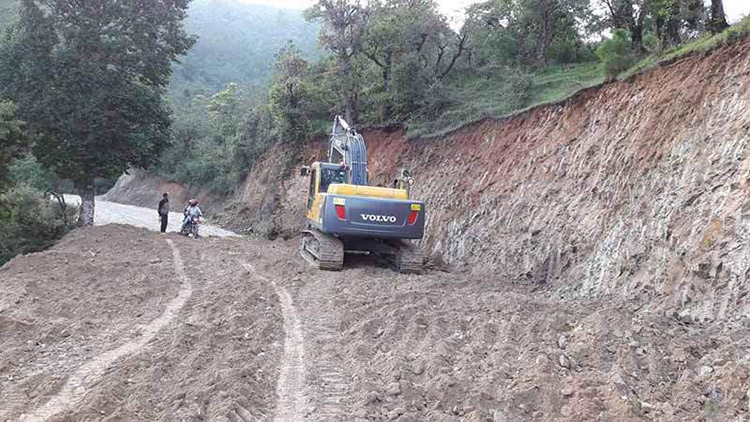 Photo for representation only

Nepali Army (NA) has handed over the Khulalu-Laiphu Salisalla road section of the Karnali corridor to the Hilsa-Simkot road project of the Department of Roads.

Chief of NA’s Karnali corridor road construction taskforce Milan Karki said that the road was handed over to the Hilsa-Simkot road project after completion adding that the task was completed though it was delayed for some time due to COVID-19 outbreak.

The ceremony was organised at Tithichaur of Bajura district.

Prior to the ceremony, NA’s Karki had handed over a letter of project completion to project chief Bisundas Lama. After the ceremony, Lama said that the project would fully own the road.

Starting in 2070 BS, the NA constructed 122.75 kms road from Khulalu of Kalikot to Salisalla of Humla district. The road covers 38.4 kms length in Humla district.