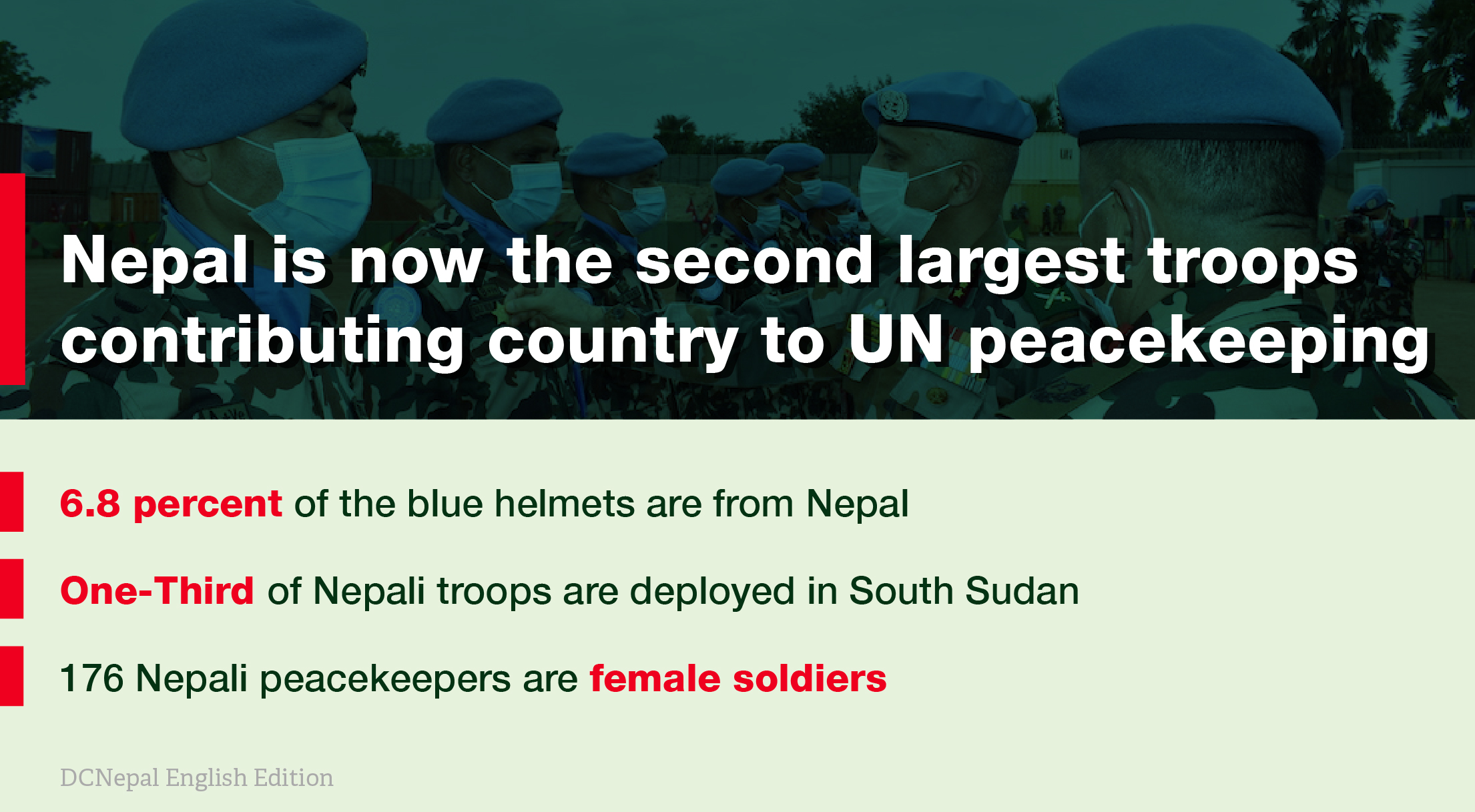 According to the report, 5,571 uniformed personnels from Nepali security agencies are currently serving in 14 UN peacekeeping missions around the globe.

These 5,571 uniformed personnels make up around 6.8 percent of the total (current) peacekeeper population of 81,937.

34 percent of the Nepali troops are deployed in South Sudan(UNMISS).

176 of the Nepali peacekeepers are female soldiers, deployed in 12 missions.

The Nepali Army joined the United Nations Peacekeeping in 1955. Since then, more than  1,30,000 Nepali army personnel (including 1550 female soldiers) have served in 43 missions around the globe.