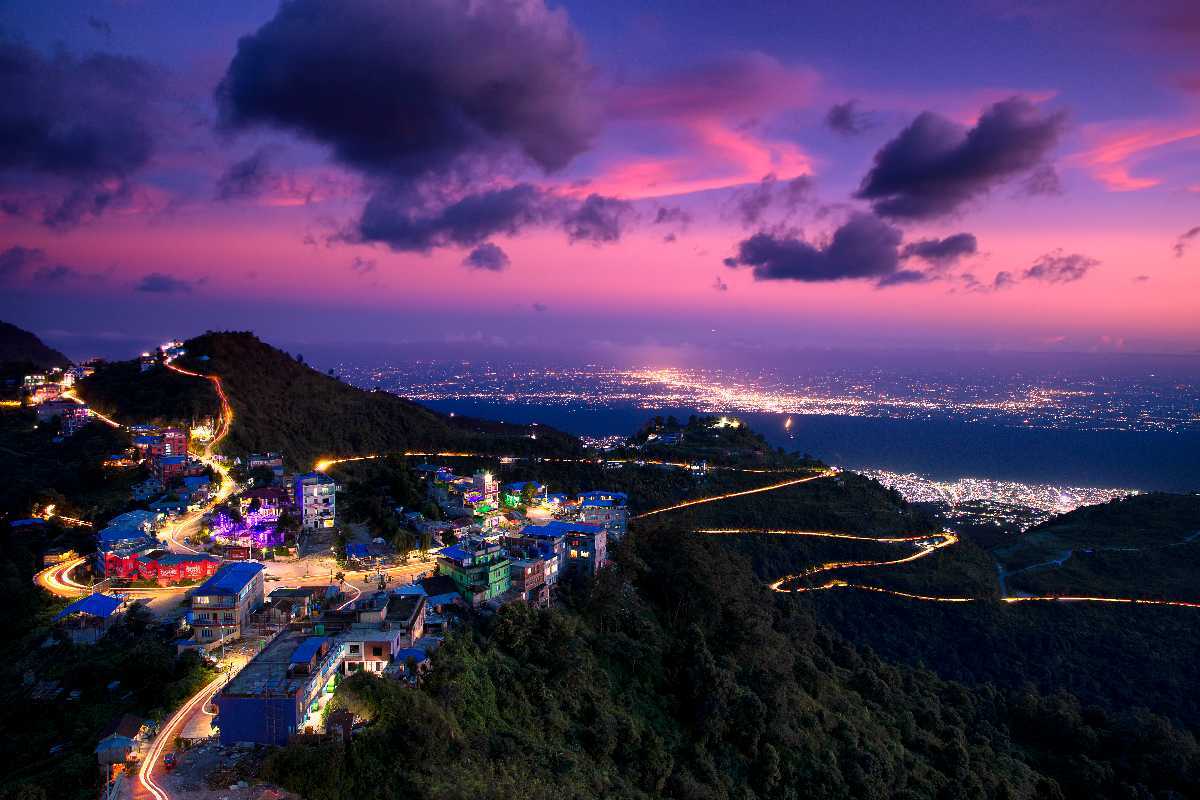 Kathmandu, July 24.  Dharan is a very beautiful and busy town in East Nepal. As a gateway to the hilly districts for Terai and also as a gateway to plain Terai for hills, Dharan is important touristic town from many angles.

From an adventure tourism point of view, Dharan is the first city in east Nepal to operate commercial rafting, paragliding, mountain biking, golfing, and angling, among others.

Dharan is also a hub of cultural diversities of Nepal’s ethnic communities.  Likewise, Dharan is also a city of educational destination for all as it hosts schools for deaf and blind also. From Sanskrit to engineering as well as medical science, almost all educational streams are available in Dharan.

As a most visited city of East Nepal, Dharan has these must-visit venues:

Vijayapur Hillock: Vijayapur hillock of Dharan is an ancient place where Pandavas carried out Yagya in pursuit of winning war with Kaurabha. Puran says this Yagya was performed with assistance from Yagraj Kuvera residing in Himalayas. Because of its formation by nine kinds of mud, there are nine kinds of mud and nine natural water taps in this place.

Dantakali Temple: This is the sacred venue where the tooth of Satidevi, daughter of Dakshyaprajapati and spouse of lord Shiva was dropped.  According to religious scriptures, Satidevi jumped to burning fire after hearing unwanted scolding of her beloved lord Shiva. After her demise, Shiva carried her dead body andcircled this globe. Various organs of Satidevi dropped in various places including her tooth in this place. A tooth-like statue found here is believed to be the tooth of Satidevi and is worshipped here.

Budha Subba Temple: This is an ancient place important from various perspectives. Based on a story of Mabharata, this is where Ekalabhya, a brave warrior of Mahabharata,breathed his last after being frustrated with worrying war.Likewise, this is also called as a place where a great Kirati sage is also said to have cremated here. Budha Subba is also a place where a great warrior of Kirat kingdom named Buddhikarna Raya was cremated. This is the temple were alcohol, cigarettes and tobaccos are also offered. Pigs and roaster are culturally sacrificed here. This is romantic temple for love birds. Visiting love birds put double threads on rare topless bamboos wishing their long-lasting love and affection.

Shree Pindeshwor Temple: Lord Shiva is said to have come here after winning 10-thousands-year-long war with demon called Tripurashur. After the arrival of lord Shiva over here, two drops of tears were dropped from his emotional eyes turning tears into Rudrakshya. This is believed to be the epicenter of Rudrakshya in the earth as said by Skanda Purana of Hinduism.  In the month of Shrawan, holy water of Koshi River is offered in this temple bringing in from some 20 kilometers.

BP Koirala Institute of Health Sciences (BPKIHS): This is Nepal’s biggest and most popular medical teaching hospital. Students from India, SAARC and other countries frequent this hospital for studies, internships and researches.

Golf Course: Prepared for the Prince of Britain and Lady Diana, this 18-holegolf course was made by British some 50 years ago and this is still functional for Nepalese and others. Once, this place was very famous recruiting place for British Gorkhas for entire East Nepal.

Dharan Clock Tower: Dharan clock tower stands at the heart of Dharan city. Jointly built by the then Dharan Municipality (now Sub-Metropolitan City), this has been a must-visit point of Dharan for both locals and tourists.

ISCON Temple: This is the very beautiful temple of lord Krishna and Balaram made by International Society of Krishna Consciousness Dharan.

Geeta Temple:This was established by Mahamadaleshwor Ishwarananda Saraswati some 50 years ago. 700 Slokas of 18 chapters of Srimad Bhagwata Gita are scripted on the beautiful walls of this temple. There is the statue of Arjuna being preached by lord Krishna in this temple.

Bhedetar: Generally, people have perception that Dharan and Bhedetar are different places. However, Dharan Sub-Metropolitan city has expanded within Bhedetar hill station also. Bhedetar is expanded within two local levels of Dharan Sub-Metropolitan City of Sunsari and Sanghurigadhi Rural Municipality of Dhankuta. This is the beautiful hill station located at an altitude starting from 1420 meters.

Seventeen kilometres away from Dharan, It is reached via beautiful serpentine roadways from Dharan. Bhedetar is all-weather travel points. The British Crown Prince Charles visited this hill station in 2038 BS and there is a view tower named after him as ‘Charles Point’