Narayan Prasad Ghimire
Published on : Sat, 24 Jul, 2021
No ads found for this position 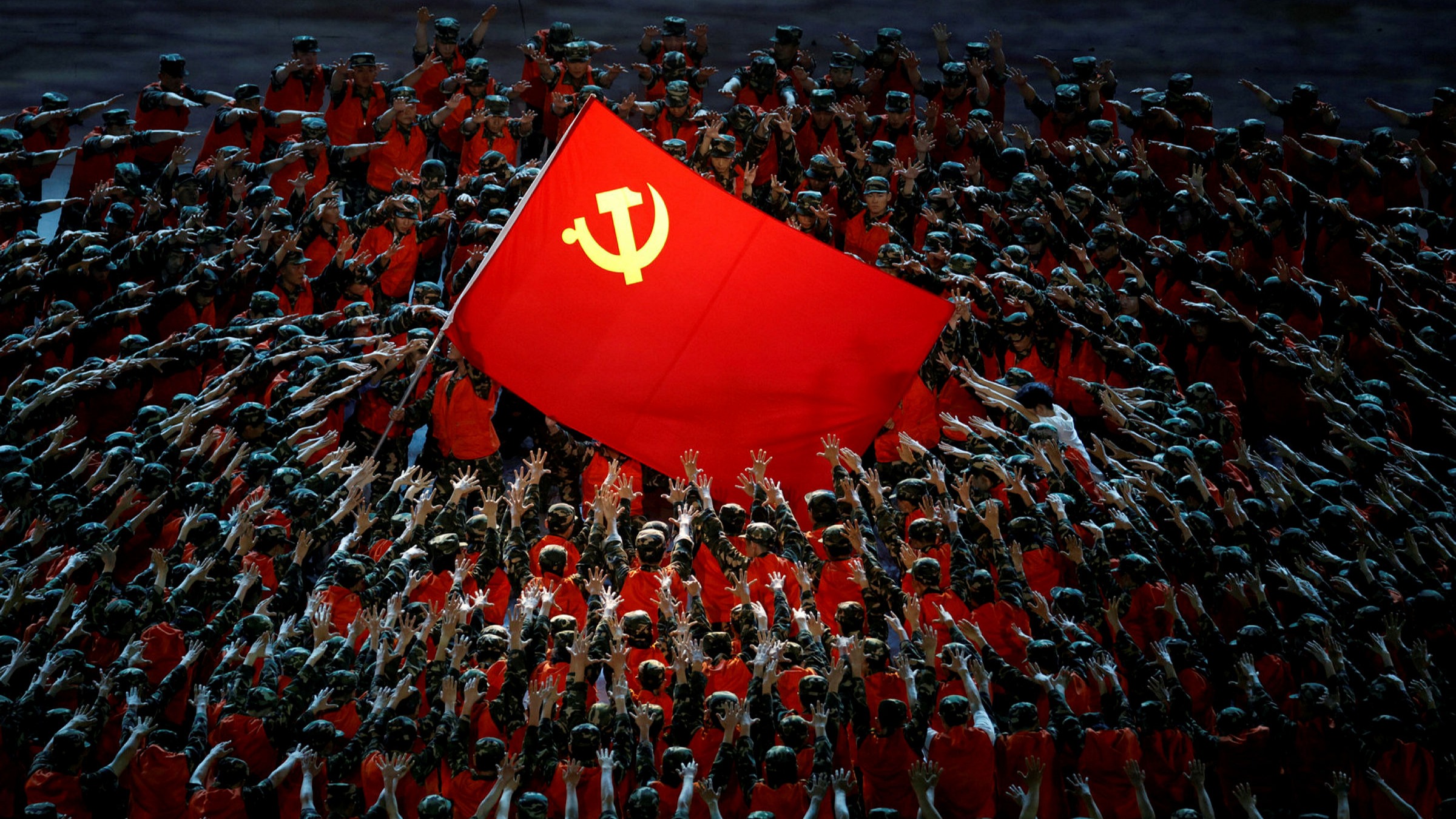 Kathmandu, July 24.  The 2017 electoral alliance between then CPN UML and CPN (Maoist Centre) not only garnered maximum votes in the three-tier elections but also resulted in their unity in 2018. The unity among these two communist parties spread happiness among all communist parties and well-wishers in the country and abroad.

New government was formed under the leadership of UML Chairperson KP Sharma Oli with nearly two-thirds majority. Many commentators and media took is as the most favourable time for the communist party and PM Oli to work in favour of people. This government was compared to that of BP Koirala government in 2017 BS. The people, irrespective of political faith, obviously piled hope on Oli government that it would advance the development activities paving way to prosperity.

But, to everyone’s stupefaction, Oli gathered and consolidated power within the party and government in a way he emerged stormy petrel- deepened rift within the party and dissolved the House of Representatives (HoR) twice- all because of the power tussle that plagued his own party. Why? His own answer to the court was: It was because he was obstructed from doing regular works by ‘his own party’. The answer was so feeble that it was rejected by the court.

The drama within the largest communist party: the dispute plaguing the party split it vertically from the centre to the ward levels. The non-adherence of the agreement by the factions- one led by Chairman Oli and another by Pushpa Kamal Dahal ‘Prachanda’ in terms of running government and party is largely blamed as the root cause of widening rift which ultimately reached UML and Maoist Centre before the unification stage- they were apart.

Series of party actions, counter-actions, allegations, discrediting and belittling leaders continued between these two factions. Interestingly, even senior leader Madhav Kumar Nepal was forced to join the Prachanda’s camp to wage struggle against PM Oli. They often blamed Oli’s handling of government and party was inappropriate and unilateral. Prachanda and Nepal continuously argued against Oli’s highhandedness and arbitrary decisions while Oli insisted that Prachanda and Nepal were betraying the party.

The widening rift, action and counter-action in this largest communist party finally led to Prachanda and Nepal to join the campaign of the major opposition, Nepali Congress. Together with NC, they vehemently criticized Oli’s dissolution of the HoR and even reached the stage to ensure Deuba as new prime minister.

Yes, the dissolutions of HoR drew huge concern and criticisms from wider sections. Even the former Chief Justices- Min Bahadur Rayamajhi, Anup Raj Sharma, Kalyan Shrestha, and Sushila Karki, issued a joint statement, arguing that the dissolution of HoR was not in line with constitutional provision. Civil society leaders followed suit. The civil society members expressed worry over the assault on Nepal’s democracy with PM’s move.

The SC in its second historic verdict not only paved way for NC President Sher Bahadur Deuba to be the Prime Minister but also set a precedent that the lawmakers, irrespective of the political parties, are free to take decision on their own rather than abiding by the party whip.

The SC also reminded President Bidya Devi Bhandari, and outgoing PM Oli about limitation of their power. They were made aware that their exercise of power went beyond the Constitution. President Bhandari had rejected Deuba as a qualified candidate to be the PM though Deuba along with 149 lawmakers including those of Madhav Kumar Nepal-led faction of UML reached her after she made a call for new prime minister showing majority of lawmakers’ support in line with Article 76 (5).

It was quite amazing that during the day, Oli was saying he would not file PM candidacy because he had no adequate lawmakers in his support, but he proposed himself as new PM before the President the same evening. President Bhandari rejected both sides’ claim for PM post, arguing they lacked genuine base of support to be the PM. Such imbroglio ultimately led to Deuba, Prachanda and Nepal to come together and file petition at SC against HoR dissolution and for Deuba’s prime ministerial berth. SC verdict came with severe blow to Oli faction, as it reinstated the HoR and paved way for NC President Deuba to be new PM.

Interestingly, even after NC President Sher Bahadur Deuba became successful to win trust motion in the restored HoR, Chairman of the major opposition, CPN UML, KP Sharma Oli, is arguing that the Supreme Court verdict that relieved him from the prime minister’s post is unconstitutional. He further blamed that the SC verdict dismantled the party structure. “I’m relieved from the PM post not by matadesh (people’s votes) but by paramadesh (mandamus). Deuba became PM not by matadesh but by paramadesh.” His rhetoric was reiterated by his close aide Pradeep Gyawali in the reinstated parliament. He expressed sheer objection to Court order.

Although it seems NC President Sher Bahadur Deuba became the PM by fluke, the debacle of UML Chair Oli with sheer vendetta in the party provides sufficient background. The winning of vote of confidence in the very first meeting of restored HoR took everyone by surprise. It proves Deuba has the political knack to negotiate the difficult time.

In addition to the botched-up party unity, the mishandling of the COVID pandemic was another reason to erode fast the public trust on leader Oli and his government. It was reported that several people died in Butwal and Biratnagar cities for lack of oxygen to the COVID infected people. It was when the second wave of COVID-19 pandemic was in peak.

The non-transparency in COVID-19 management was greeted with ‘Enough is Enough’ campaign in the Kathmandu streets. The aware youths continued this anti-corruption campaign for several days despite the adversity posed by the coronavirus and subsequent lockdown. Even the disgruntled leaders as Raghu Ji Pant belonging to Nepal faction from within the UML joined some of the peaceful protests launched by citizens to exert pressure on Oli.

Similarly, recovery of the national economy by boosting industrial, tourism and hotel, agriculture, trade related activities is equally important. For this to happen, the government should be liberal enough to hear the plights, grievances and demands from the related sectors and take appropriate measures with all-side consultation.

In his fifth stint, though short period of around 19 months, PM Deuba can take genuine efforts for maintaining good governance, accelerating development with restoration of economic activities, and propelling democratic values. Importantly, as the government is founded upon the trust and support from different parties, utmost collaboration and cooperation is imperative. The party interest and leaders’ interest should be secondary before government initiative.

The public these days are much aware, thanks to the development of ICT. With widened public sphere, the voices and concern of the people are amplified and flared in a quick time. Critical mass is prepared within hours and a day. So, disrespecting public concern earns huge dispute which spread across the globe. This is also the area this government needs to mull. In this connection, it relevant to here add that there was a huge pressure from the public to PM Deuba to end the practice of holding party meetings and other gatherings at his ‘official’ residence, Baluwatar. The public especially in the digital sphere had strongly demanded PM Deuba not to hold meetings and any gatherings at the official residence arguing that the official activities have direct bearing on the tax people pay. Acknowledging this pressure, the Deuba government decided not to hold such meetings in the official residence.

It is indeed Deuba’s another test. Let’s see how he negotiates national politics and restores economy by coping with the challenges posed by COVID-19.