Kathmandu, August 5: A probe committee is headed towards Gasku Malghat via Indian route for onsite study of the Darchula incident. The committee was formed by the Home Ministry.

It is said that one Jay Singh Dhami of Vyas Rural Municipality-2 has gone missing in Mahakali river after Indian Seema Surakshya Bal (SSB) personnel allegedly cut the rope of the tuin (rope bridge) when he was crossing on July 30.

The committee under coordination of Joint-Secretary of the Ministry and probe committee coordinator, Janardan Gautam, has headed towards the incident site this morning.

Similarly, the Committee would also enquire about the complaint lodged by locals at Indian Police Post as well as with Indian SSB.

The probe committee left for Gasku today after holding meeting with district-based journalists, human rights activists, political parties and people’s representatives of Vyas rural municipality on Wednesday. The probe committee has been asked to submit its proposal within 10 days.

Dhami is still said to be missing.

(With inputs from RSS) 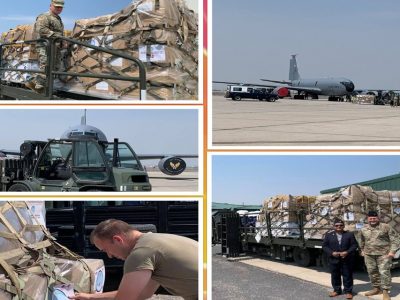