Everything you need to know about history of Itahari, young city of Nepal 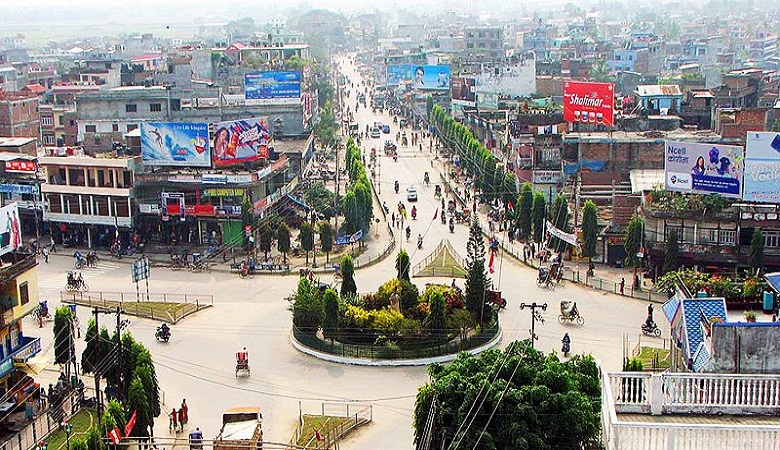 Kathmandu, August 22.  From politicians to policymakers to donors, Itahari always appears in some noted examples of emerging young cities of Nepal. Itahari is one of the only two Sub-Metropolitan Cities of Province 1. The second Sub-Metropolitan City is Dharan, the neighbor of Itahari, both fall within Sunsari district.

Not much is known about Itahari compared to its neighbor Dharan and nearby city Biratnagar. Dharan was/is a city for transit to make travel and trade to and from Terai from hills of Koshi corridor because of which this city made a mark for almost a century. Likewise, Biratnagar, as a trading and economic city had unique position in Nepal. Nepal’s democratic uprising since 1950s gave impetus to its national prominence.

Itahari, however, was squeezed in the middle of these two giant historic cities. There was a time when denizens of Itahari, in Kathmandu and other distant parts of Nepal, would introduce themselves as someone from nearby Dharan and Biratnagar as Itahari was not known nationwide.  Lately, Itahari has succeeded to make an identity of its own. It is regarded as the one of the fastest growing cities of Nepal.

On Tuesday, a book titled ‘Itihashma Itahari’ (Itahari in History), was unveiled in Itahari-4. This book has scripted some noted parts of Itahari in its history. Based on the five-year-long research of the book and other experts on Itahari, here are some interesting facts about Itahari.

The youngest mega city of Province 1

Biratnagar, Dharan and Itahari are said to be three mega cities of Province One.

Itahari is just 25-year-old city. It was declared municipality only on 24 January 1997, says the National Government Gazette. However, the book has mentioned the municipality declaration date as 6 March 1997. This city was declared Sub-Metropolitan City on Nepal by the cabinet decision of 2 December 2014.

In this way, Itahari is just 25-year-old city of Itahari. Still, it is competitive with adjoining Dharan Seb-Metropolitan City in terms of internal revenues, population, business activities and the likes. However, Dharan, still, is leading Itahari in terms of its educational and medical fronts.

City emerged out of both natural and manmade disasters

A powerful earthquake devastated eastern parts of Nepal on 21 August 1988. This earthquake of 6.9 magnitudes resulted in more inflows of people from Dharan to Itahari. People presumed that Itahari was less prone to upcoming quakes compared to Dharan.

During the Maoist insurgency from 1996 to 2006, thousands of people from hills descended to Itahari.  Even during brutal terror by armed groups of Terai after Purple Rhododendron Revolution of 2006, affected folks made Itahari as their last safe heaven to escape terror. Itahari has the topmost regional security headquarters of both Nepal Army and Armed Police Force, which is why conflict-affected people made this town their last resort.

The incumbent major bazaar area of Itahari was carved along the highway. First, during 1930s, a road connecting Biratnagar to Dharan was built via Itahari. Before this, to travel from Itahari to Dharan, commuters had to go through Pakali, Ramdhuni and Chatara. When East-West Mahendra Highway came into existence in 1960s, Itahari was further enlarged. It turned out to be a bustling transit town of east Nepal.  Before highways arrival, Itahari’s dense settlements were located in today’s Gaisar, Pakali, Chaudhary Tole, among others. Pakali was a famed local marketplace for Itahari and around.

Birth of Itahari bazaar and Sunsari happens in same year

In 2018 BS, Sunsari district was created. Previously, it was a part of Morang district. In the same year, the present bazaar area of Itahari was cleared by deforestation. Maheshowar Subba, the flood victim of Koshi flood of 2011 BS, had arrived at Itahari and started deforestation. His deforestation was stretched from Itahari to adjoining parts of Sundarharaicha Municipality of Morang.

However, Subba was forced to cease his deforestation drive after 2018 BS. He was jailed for 22 times for deforestation. Subba’s four-storey wooded house built around 2020 BS at Itahari square is still the talk of the town. His iconic home, however, was demolished during East West Mahendra highway construction.  His son Ramprashad Subba was elected as the Pradhan Panch (village council chief) of Itahari for consecutive three time from 2035 BS to 2046 BS. Ram Kumar Subba even became zonal administrator during Panchjayat era and was a Minister for Land Reform for six months from RPP- Nepal after second Constituent Assembly election 2013. The first Pradhan Panch of Itahari was Sonelal Chaudhary. He was in the office from 2018 BS to 2020 BS.

The reason behind the name of ‘Itahari’

There are different logics behind the name of ‘Itahari’. According to Raghu Chaudhary, the word Itahari was combination of two Tharu words ‘Ita’ which means brick and ‘Hari’ which means chain to punish wrongdoers. Combination of which was turned out to be Itahari. Researcher Ramesh Bista seconds this logic. He said a Tharu leader named Nrasingh Chaudhary would punish culprits in putting there.

Malechhi Chaudhary, an informed indigenous Tharu elder of Itahari, however, said Itahari was named after Rana rulers chained Narasingh Chaudhary in the middle of pathway and asked commuters to hit him. He was not hurt. Rana rulers term his body like ‘Ita’ brick and the word Itahari came into practice.

Two other authors- Dharanidhar Dahal and Siddikarna Sharma have different logics. Dahal said new settlers found much pieces of ‘Ith’ (brick) and started to call it Itahar (full of bricks) which slowly evolved into Itahari.