October as “Hindu Heritage Month” in US States 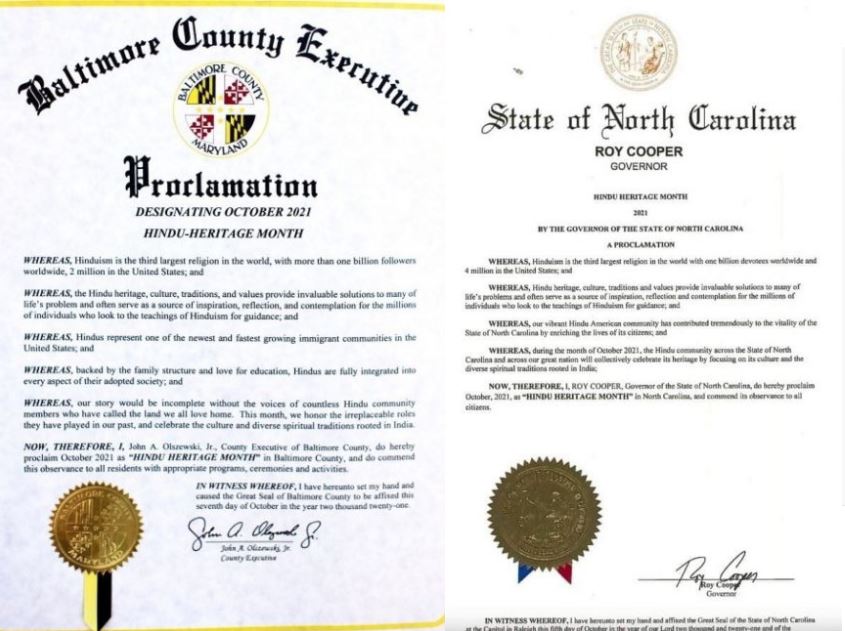 Washington DC, October 12. Several Nepali inhabiting states and cities of the United States have declared October 2021 to be the “Hindu Heritage Month.”

On Thursday, Baltimore County Executive John A. Olszewski issued an official statement in which he stated, “Our story will be incomplete without the voices of countless Hindu community members who have called the land we all love home.”

“This month, we honor the irreplaceable roles they have played in our past, and celebrate the culture and diverse spiritual traditions.” Olszewski added.

Last week, The Governor of North Carolina, Roy Cooper, also wrote in an official announcement, “During the month of October 2021, the Hindu community across our great nation will collectively celebrate its heritage by focussing on its culture.”

Hinduism is the world’s largest religion, and the United States is home to 2.23 million Hindus, the world’s seventh-largest Hindu population. 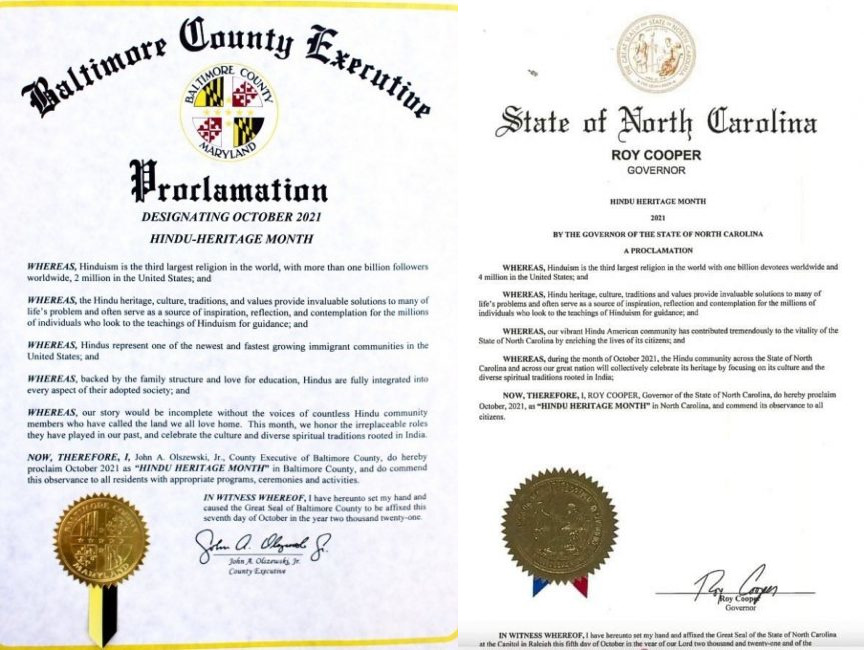