Sanjeet Kumar Mandal
Published on : Fri, 15 Oct, 2021
No ads found for this position 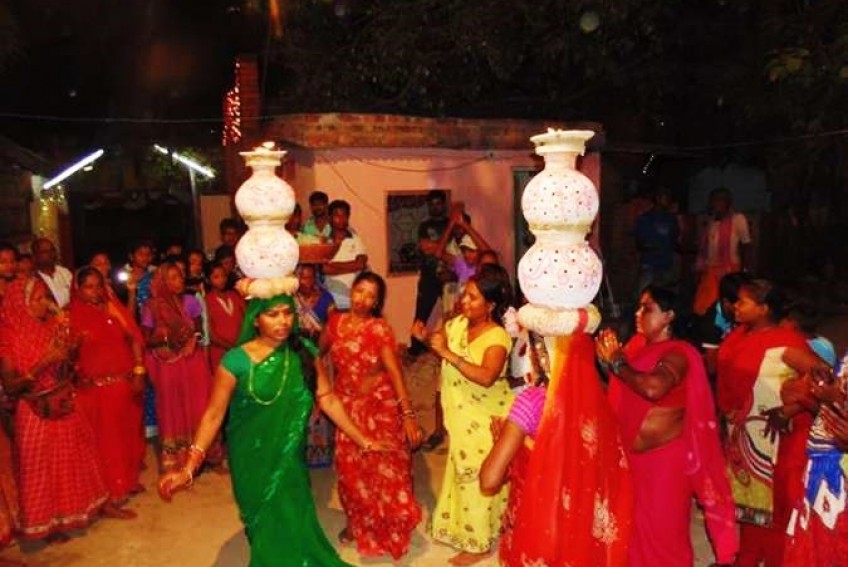 Kathmandu, October 15.  Villages and settlements in Mithilanchal are agog with the fervor of Jhijhiya dance these days. This dance is performed by women immediately with the commencement of the Dashain festival.

Jhijhiya is a cultural dance from the Mithila region of the Indian subcontinent. This cultural dance is mostly performed at the time of Dashain, in dedication to Durga Bhairavi, the goddess of victory. While performing the Jhijhiya, women put lanterns made of clay on their heads and they balance it while they dance.

The dance which is performed in full the tantric tradition has its own importance in the Mithila region. It is performed as a prayer to the goddess to protect the offspring and the community from evil forces and witchery.

Jhijhiya dance is performed at the goddess Durga temples each evening after the start of the Dashain.

Looking at the form and symbolism of the dance, it can be taken as a ritual to protect the children and family members from the influence of black magic, witchery, and evil spirits. The earthen pot with numerous holes and the burning lamp which the performer balances on her head while swaying it left and right symbolize this tradition.

There is a belief that if any ‘witch’ manages to count the holes in the earthen pot on the head of the dancer, the lady performing the dance dies there and then. Therefore, the dance is traditionally performed keeping the clay lantern on the head to get free from the ill omen and evil spirits.

Another goal of Jhijhiya dance, said 60-year-old Rajawati Devi of Jaleshwor municipality-8, is to protect one’s children from witchery and evil.

The dance is performed with the accompaniment of a special tune and song and the dancing women with the lantern on their heads go round in a circle. This creates a fascinating atmosphere in the evening.

The lyric of the song accompanying the dance is a curse to the evil forces and their agents.

However, with the changing times and people’s tastes, folk dances like Jhijhiya are gradually disappearing. This dance is performed in Mahottari, Dhanusha, Siraha, Sarlahi, Bara, Parsa, and other districts. It is also performed in the Mithila region of India.

Women and girls gather in groups in the evening and prepare for the dance. They perform the dance in front of the goddess Durga statues and various street squares late into the night.

According to culture historians, the tradition of Jhijhiya dance is believed to have started in the seventh or eighth century.