Government to dismiss cases against Biplab and his cadres 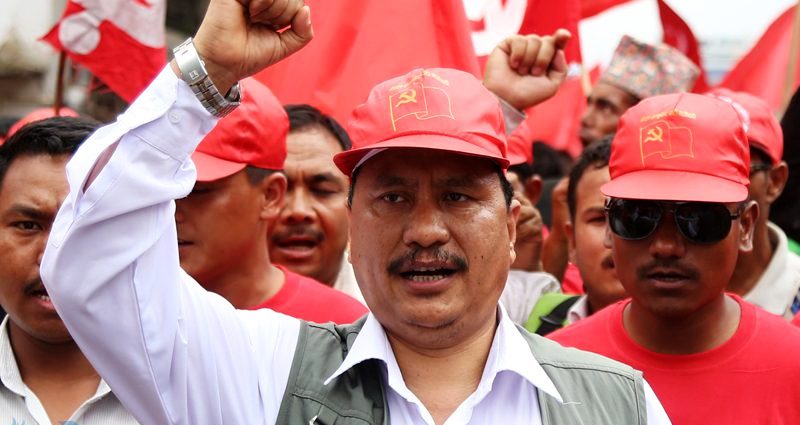 Kathmandu, October 25. On Sunday, Netra Bikram Chand ‘Biplab and his allies visited the Home Ministry to discuss the legal procedure to remove cases on their cadres.

Attorney General Khamba Bahadur Khati informed RSS that the Biplabb led group will submit a list of their cadres who have been imprisoned by the security agencies. The government would then legally remove the cases against the listed prisoners.

Media reports suggest that the meeting also involved discussions on the progress of the three-point agreement that was signed between the government and the Biplab group in March.