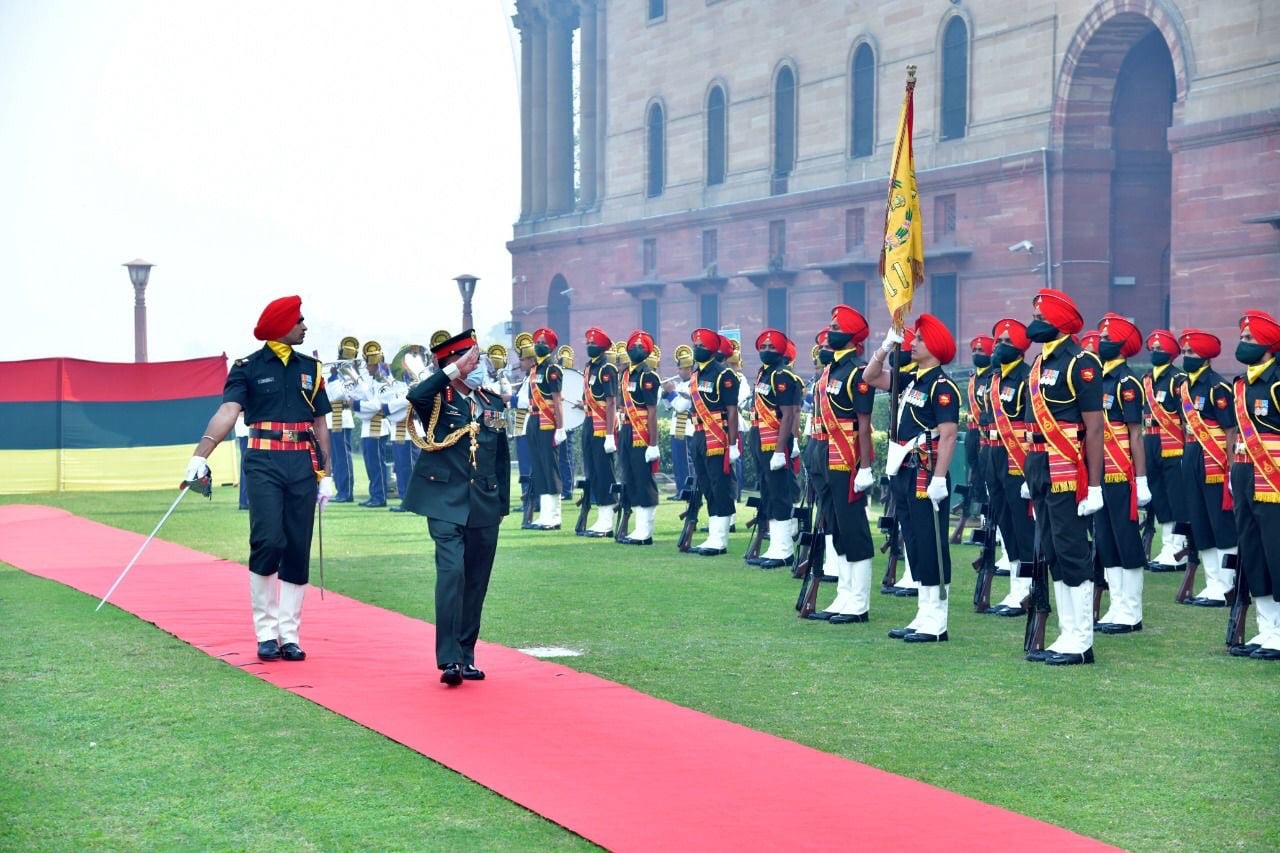 COAS General Prabhu Ram Sharma receives Guard of Honor by a contingent of the Indian Army.

Kathmandu, November 9. Chief of Army Staff (CoAS), Prabhu Ram Sharma, has left for New Delhi for a four-day official visit at the invitation of the Chief of the Indian Army General Manoj Mukund Naravane.

Chief of General Staff, Lieutenant General Bal Krishna Karki bade farewell to CoAS Sharma today. This is the first foreign visit of Sharma after his appointment to CoAS.

According to the Directorate of NA Public Relations and Information, a programme has been scheduled to confer insignia of the honorary title of General of the Indian Army on CoAS Sharma from Indian President Ram Nath Kovind.

The nine-member team accompanying the CoAS also comprises his spouse. It will return home on November 12.  Lieutenant General Karki has been designated the responsibility of Acting CoAS during the absence of CoAS Sharma. (RSS)