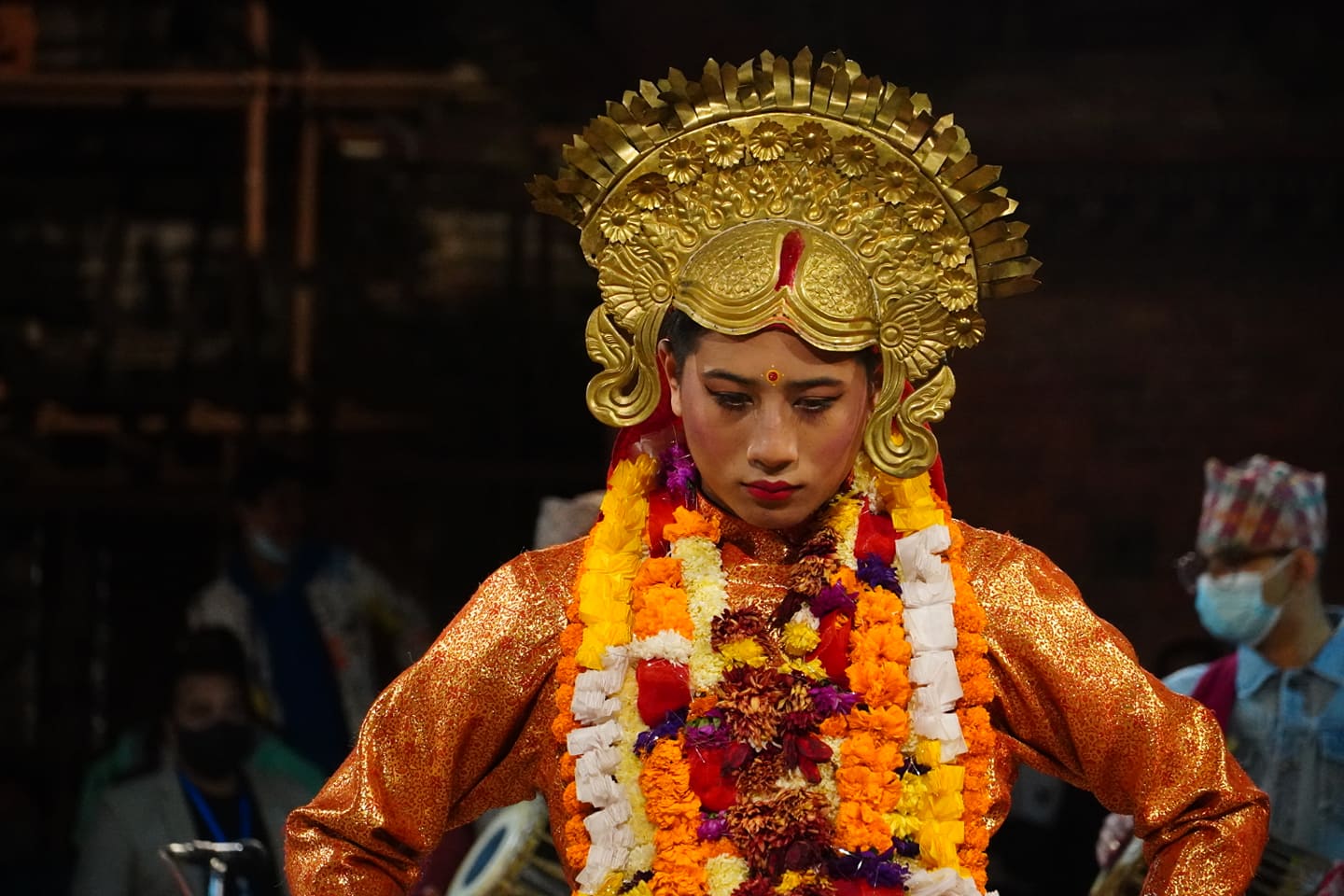 Kathmandu, November 14. Devi Pyakhan will be staged on the fifth day of the Kattik Naach or dance today at the ‘Kattik Dabli’ of the Charnarayan temple premises in Patan. The dance is being performed in the evening as per the tradition of staging ‘Kattik Natya Mahotsav’ in Lalitpur Durbar area every year.

Chairperson of the Kattik Naach Preservation Committee Kiran Chitrakar said that a part of the dance will be shown in Devi Pyakhan today. Dances of Bhairav and Kumari and Mahalakshmi will be staged.

Likewise, in the second phase of the play, ‘Dyola’, meaning sitting under the care of the temple and ‘Kavan’ meaning skeleton and ‘Khayak’ or dance based on ghost story will be performed.

During the Malla era, in 1697 BS, King Siddhinara Singh Malla of Patan initiated this dance for the welfare of the country and the people. It is believed that peace and order will be maintained by removing obstacles in the country through Kartik dance.

This dance is called ‘Kartik Naach’ as various methods and types of dances will be performed throughout the month of Kartik. This event originally took place for 27 days with each day based on different themes and stories.

The dance is performed near the Harishankar temple, which has a joint idol of Shiva and Vishnu on the right half of the World Heritage List in Lalitpur Metropolitan City-16.