Chief Justice assigns hearings on habeas corpus and other cases 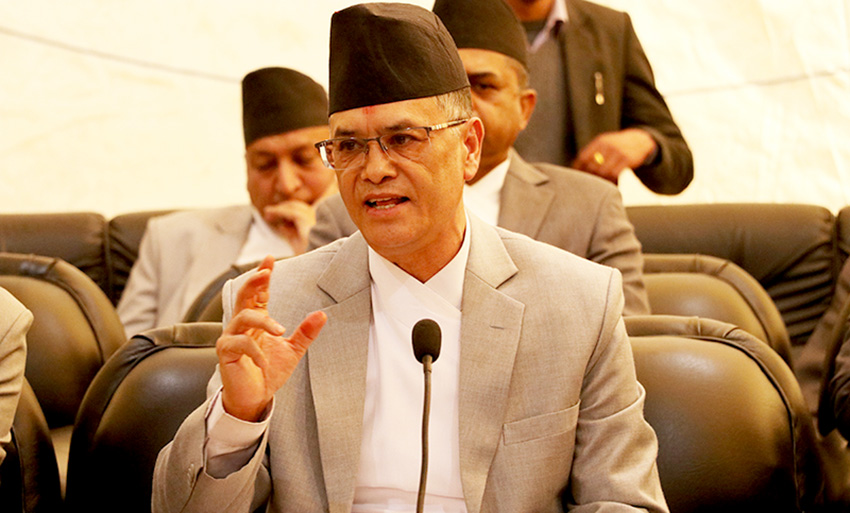 Kathmandu, November 17. Chief Justice Cholendra Shumser JB Rana today assigned hearings on all sorts of cases including the habeas corpus ones. He has assigned nine benches for hearings, but not any of them is for himself. Of the assigned benches, seven are division and the remaining two are single. However, no hearing has started yet.

Hearing at the apex court has remained suspended since the afternoon of October 24 as judges refused to be its part over the allegations that the CJ sought his share in the expansion of the Council of the Ministers. However, the SC has the records of hearings on the cases relating to the habeas corpus cases during this period.  Similarly, on Tuesday, judges Tej Bahadur KC, Kumar Regmi, Prakash Kumar Dhungana, Dr. Kumar Chudal, Bam Kumar Shrestha, and Dr. Manoj Kumar Sharma had joined benches for hearings on the cases.

The CJ has said he is competent to perform his duties, roles, and responsibilities given by the Constitution and the law and has also urged judges to fulfill given responsibilities.  On Monday, he, through a press statement, called on the agitating side for the dialogue and pledged to implement the reports, including that submitted by judge Hari Krishna Karki, related to reforms in the Supreme Court.

The disruption in the hearing has caused inconveniences to service-seekers.