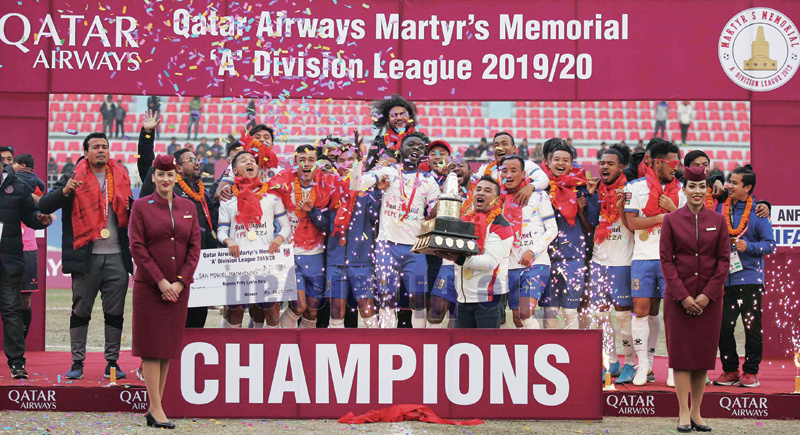 ANFA president Karma Chhiring Sherpa and Qatar Airways’ country manager Mohamed El Emam signed the agreement letter to this effect. According to the agreement, Qatar Airways shall sponsor the League for an additional one year.

Qatar Airways was also the main sponsor of the preceding edition of the League. Fourteen teams are competing in the ‘A’ Division League Football Championship that will kick off on November 19.

Satdobato Youth Club and Friends Club will be competing in the inaugural match to be held at the Dasharath Stadium at Tripureshwor.

The price of a general ticket is Rs 100 and that of a VIP ticket is Rs 500 per person for all the matches of the Championship. The two teams that are in the last place of the score tally will be relegated this time. The League winners will bag Rs 7.5 million and the first runner-up team Rs 5 million.