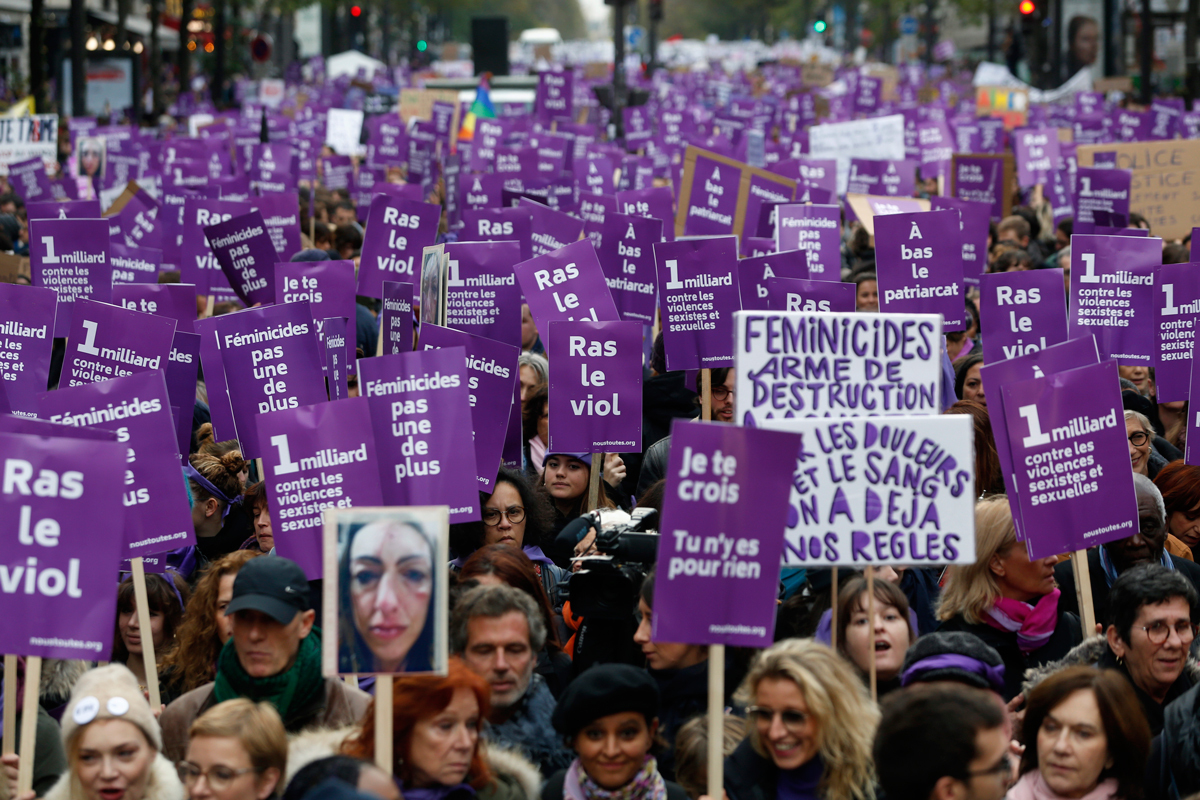 Women hold placards as they march against domestic violence in Paris on Saturday. The placard in the center reads "sick of rape". Thibault Camus / Associated Press

Kathmandu, November 21. Huge masses of people participated in nationwide protests in France on Saturday, demanding the government to serious steps on preventing violence against women.

Women’s rights organizations reported that more than 100 women were murdered in France this year by their spouses and ex-lovers. “Gender-based violence is on the rise, forcing the public to rise up and demand safety,” women activists told local reporters.

On the streets of the capital city of Paris, thousands of protesters marched behind a big banner that said, “Stop to sexist and sexual assault”. The activists are pressuring the government to allocate an annual budget of ONE billion Euros to ensure the safety of women.

Moreover, they have also demanded the state to supply an additional 46 million for building “safe shelters for women”. At present, the government has been fueling 360 million on shelter building projects.