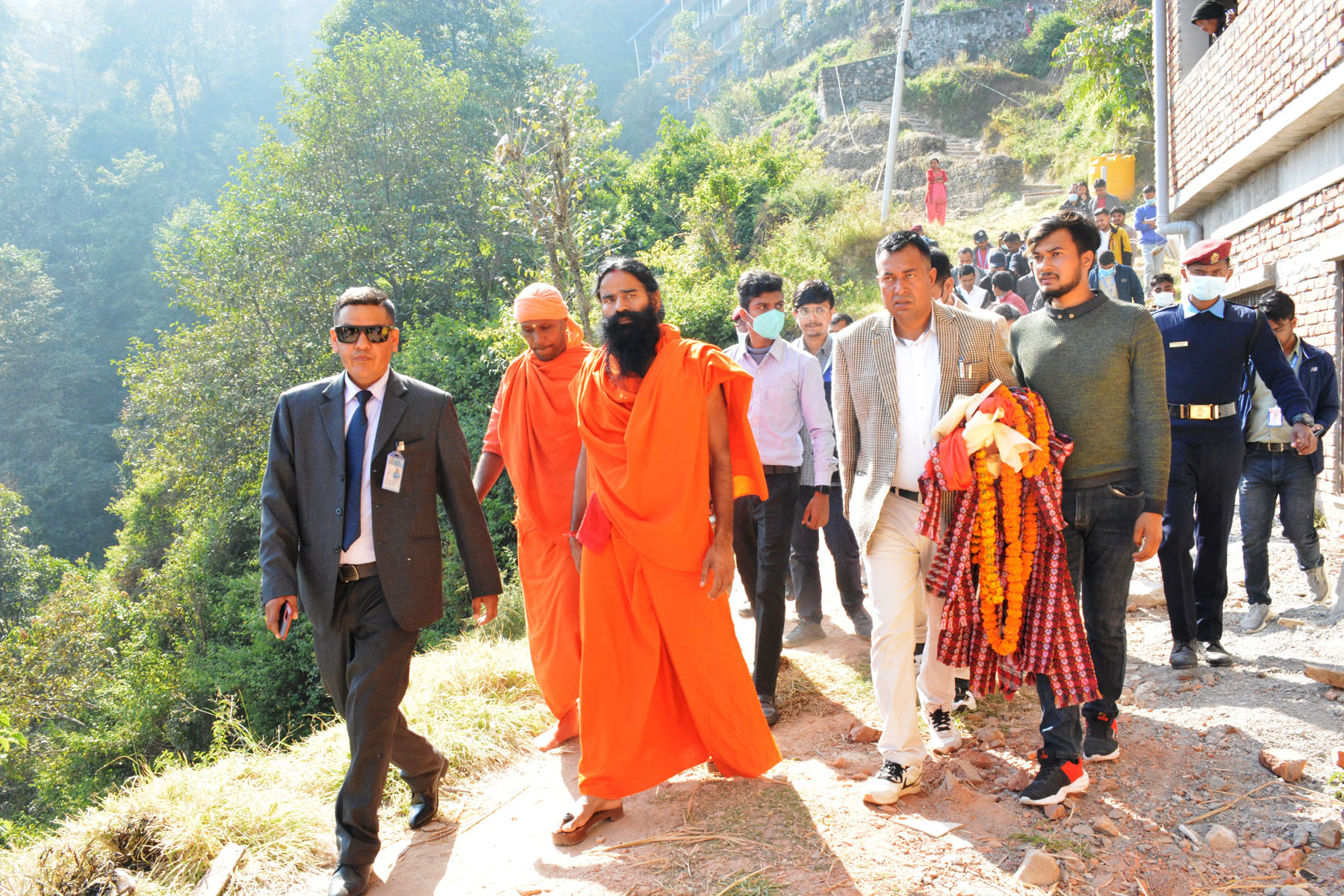 Minister for Culture, Tourism and Civil Aviation, Prem Bahadur Ale has urged the Yoga Guru to become the tourism goodwill ambassador of Nepal.

Addressing a yoga camp organized by the Ministry at the Hansamandap in the Pashupatinath area today, Minister Ale requested Yoga Guru Ramdev to be Nepal’s goodwill tourism ambassador.

In response, Yoga Guru Ramdev said Nepal is the unmatched tourism destination throughout the world and it was a matter of pride for him to become the tourism ambassador.

“I will formally accept the Government of Nepal’s request to become a tourism ambassador at an appropriate time. It is a matter of dignity to become a goodwill ambassador,” he added.

On the occasion, Minister Ale took the Yoga Guru and Acharya Balakrishna for paying homage to Pashupatinath.

Immediately after the yoga camp, Yoga Guru Ramdev and Acharya Balakrishna left for New Delhi, India on a regular flight of the Nepal Airlines Corporation. They arrived in Nepal on Thursday.