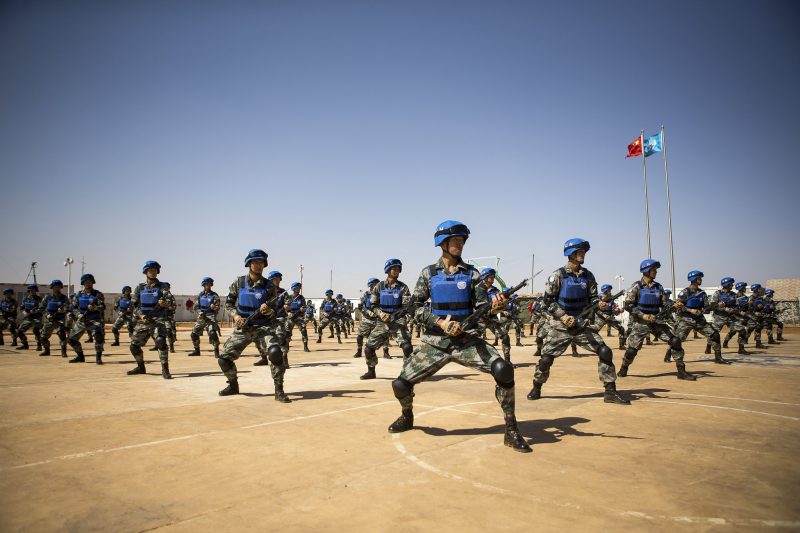 The paper entitled “China and Africa in the New Era: A Partnership of Equals” reported that more than 80% of Chinese peacekeepers have served in UN missions in Africa.

Last year, the Chinese government released a paper; “China’s Armed Forces: 30 Years of UN Peacekeeping Operations”, which described that “China has sent over 40,000 troops to 25 UN peacekeeping missions in the last 30 years.”

At present, 1,800 peacekeepers are stationed under five missions in Africa, in the countries; Mali, the Democratic Republic of the Congo (the DRC), Abyei, South Sudan and Western Sahara.

According to the paper, China is committed to strengthening political mutual trust between China and Africa, expanding pragmatic cooperation with Africa in various areas, and extending its assistance to the continent in order to promote peace and development.

“China-Africa cooperation has flourished — it is tall and strong, and cannot be shaken by any force,” the paper notes.