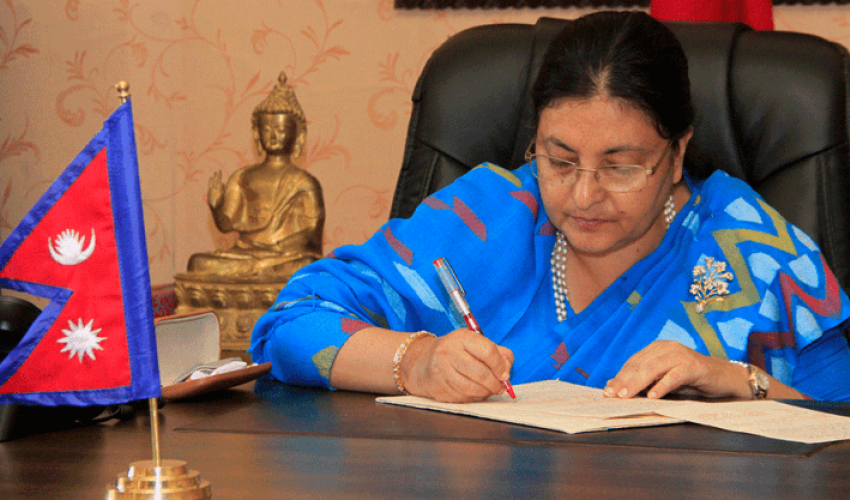 Kathmandu, May 8. President Bidya Devi Bhandari on Sunday issued two ordinances. The ordinances was put forward by the Council of Ministers.

Furthermore, according to the press statement issued by the Spokesperson at the Office of the President, Sagar Acharya, President Bhandari issued both ordinances in accordance with the Article 114 (1) of the Constitution of Nepal.