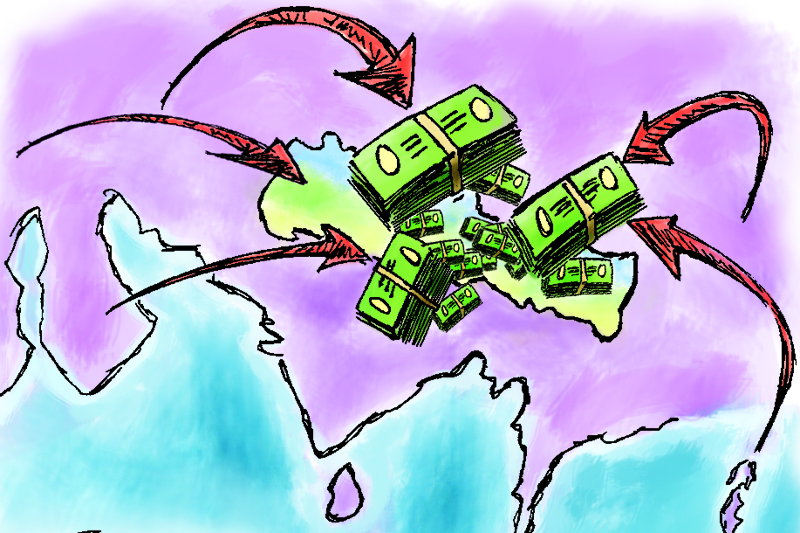 Kathmandu, May 11. Nepal received remittances worth over NRs 724 billion in the first nine months of the current fiscal year, 2021/22, a 0.6 percent decrease. The data was released by Nepal Rastra Bank on Wednesday. During the same period in the previous fiscal year, 2020/21, the figure increased by 16.5 percent.

Further, the number of Nepalis aspiring for foreign jobs who received their final work permit (institutional and individual—new and certification) has increased 74.9 percent to 256,031 as of the review date, compared to a 74.9 percent decrease in the previous fiscal year.

Similarly, the figure of Nepali foreign job aspirants who got their renewed labour permit has increased by 199.9 percent to reach 206,629. In the previous fiscal year, it witnessed 60.7 percent decline.