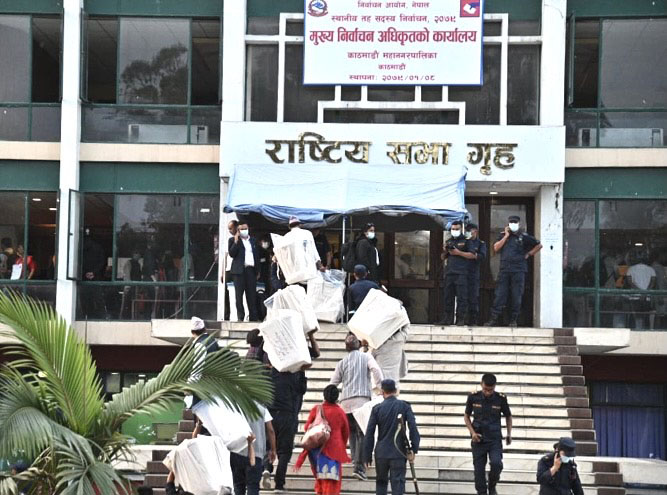 Kathmandu, May 13. The local election of May 13 were conducted peacefully. The Election Commission’s spokesperson  Shaligram Sharma Paudel said the election was concluded successfully today, barring some incidents.

Election was halted in some polling centers in districts including Jumla, Saptari, Kavre, Rautahat, Ramechhap, Bara, Bajura and Parbat following disputes and subsequent clashes, according to the Election Commission.