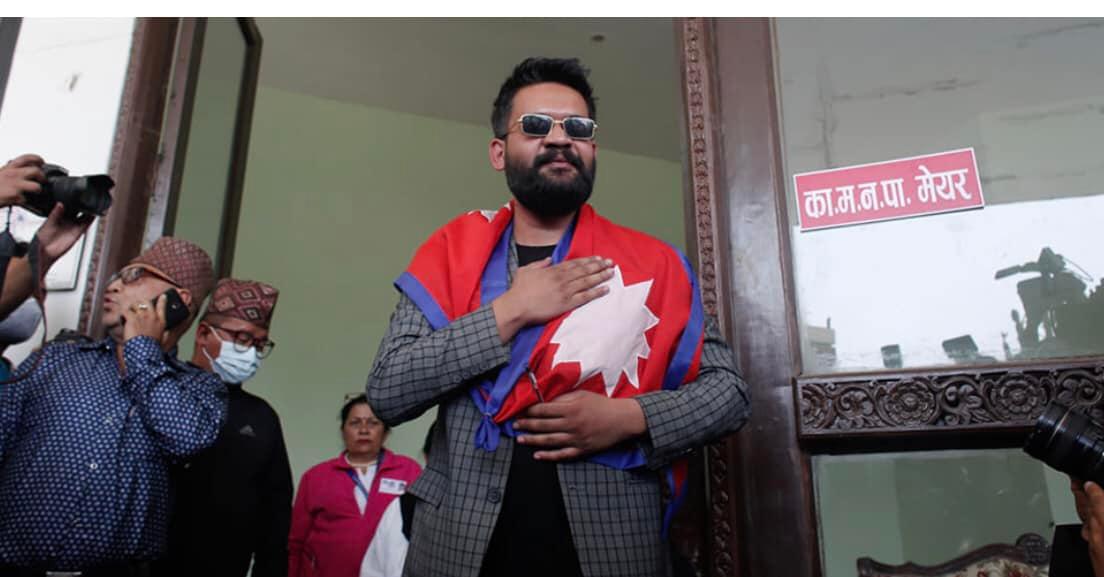 Kathmandu, May 27. Independent candidate Balendra (Balen) Shah has been elected as the mayor of Kathmandu Metropolitan City. He won by a total of 61, 767 votes.

During the formal announcement made at the City Hall in Kathmandu, Shah said, “I with honesty work to implement commitments I made to citizens of the city during the election throughout my entire tenure of five years.” He added that he aims to make Kathmandu world’s most beautiful city, with the cooperation of residents of Kathmandu.

Shah thanked all the voters and took part in his victory rally, which he and his supporters called as a “thank you rally.”

Moreover, Sunita Dongol won the post of deputy mayor of Kathmandu from CPN(UML). She got a total 68, 612 votes. Rameshwor Shrestha from CPN (Unified Socialist) got 23,806 votes and came second.