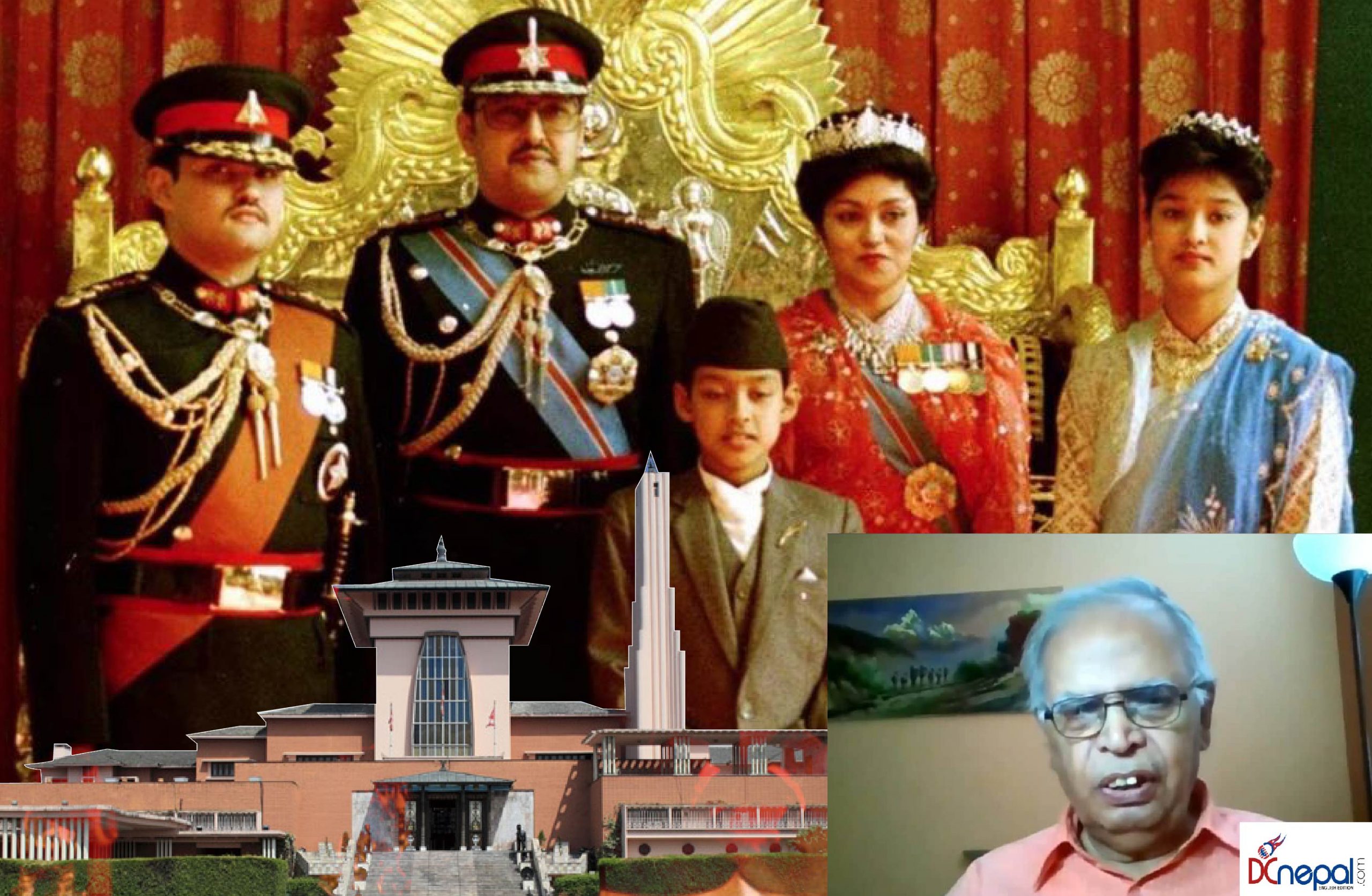 Kathmandu, June 5. In the royal massacre of June 1, 2001, King Birendra and his family were assassinated inside the Narayanhiti Palace. The killer is still unknown 21 years later.

The committee identified the murderer as the then-Crown Prince Dipendra, who killed his family and himself. On the other hand, the public was not convinced by the investigation report. The public heavily criticized the committee’s report.

Committee had “no mandate” to find culprits

Shree Prasad Pandit, former Supreme Court registrar who worked very closely with the investigative committee, told DC Nepal that the committee had no “mandate” to identify the murderer.

In DCNepal’s live interview show  ‘The Bridge Talk’, Pandit said that the special committee was constituted to document the occurrences, but it was not granted the same powers as a police or CBI investigation. As a result, the committee was unable to establish a strong foundation for the investigation. Several factors played together.

Firstly, the event was a private family gathering and no security personnel was allowed inside the venue. Therefore, seeking answers with the royals guards could not yield concrete answers. Also, there were no video recordings of what had happened inside.

Secondly, no post-mortem examinations were undertaken. “Queen mother Ratna said that there was no trend of conducting autopsy examinations of the royal family … Girija Prasad Koirala, the then-prime minister, might have spoken out for the need of the autopsy analysis, but he did not. As a result, the majority of the tangible evidence, including the bullets, was burned along with the dead bodies.”

Thirdly, the investigation team could visit the place, but, we were not given total rights to photograph the killing sites. “We visited the venue … The stairway walls where Queen Aishwarya was said to have been shot were covered in brain fragments … to reduce the risk of pictures being leaked, durbar photographers were only allowed to photograph the killing sites… I visited a Chabahil-based studio to generate colored prints.” Pandit explained.

Was Crown Prince the culprit?

It is hard to believe that the heinous crime was done by Crown Prince Dipendra. However, upon speaking with insiders about Dipendra’s personality… most of them said that Dipendra had criminal tendencies toward the animals inside the palace. “Many of the interviewees told us that Dipendra used to enjoy torturing the animals … Some areas of the royal grounds resembled a forest, and at times during the night, Crown Prince Dipendra used to shoot at the birds in the neighboring nest with his gun” Pandit noted.

“Now, after 21 years of the event, I have started believing that the massacre was the grand design of foreign powers … and the outside forces’ primary purpose must have been to destabilize Nepal’s powerful monarchy,” Pandit said.

He further explained, “Assassinating the King while his brother (Gyanendra Shah) was out of the city … made people distrustful of their new King Gyanendra. It was possibly a major plan to overthrow the monarchy. Gyanendra Shah’s conduct over the last two decades clearly indicated that he and his family had no involvement in the massacre.”