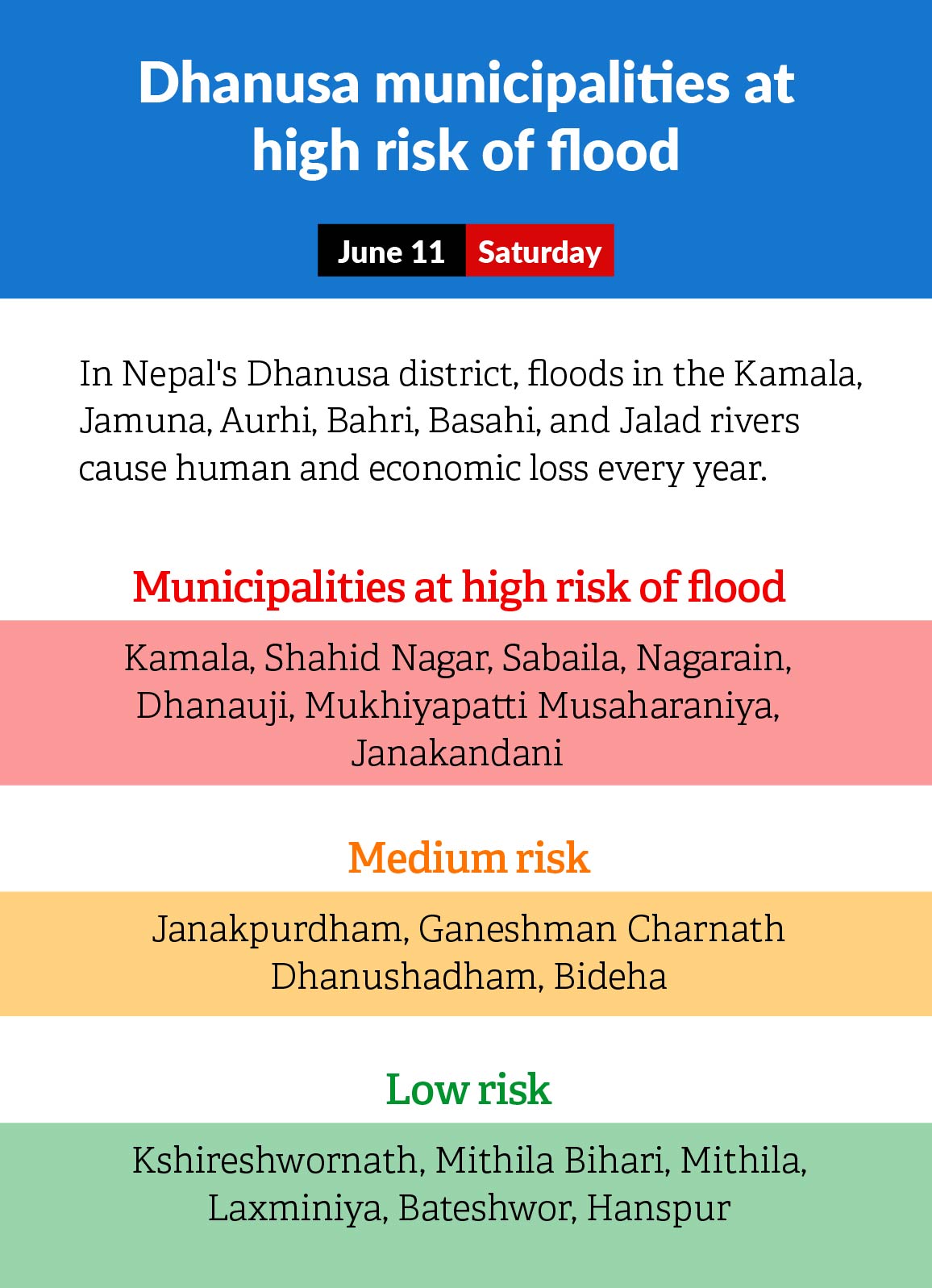 Kathmandu, June 11. The monsoon-induced flood has been reported to be a high danger in seven of Dhanusha district’s 18 local municipalities.

Surendra Poudel who is Chief District Officer in Dhanusa told reporters that the locals (mainly farmers) have long been facing problems of erosion and inundation.