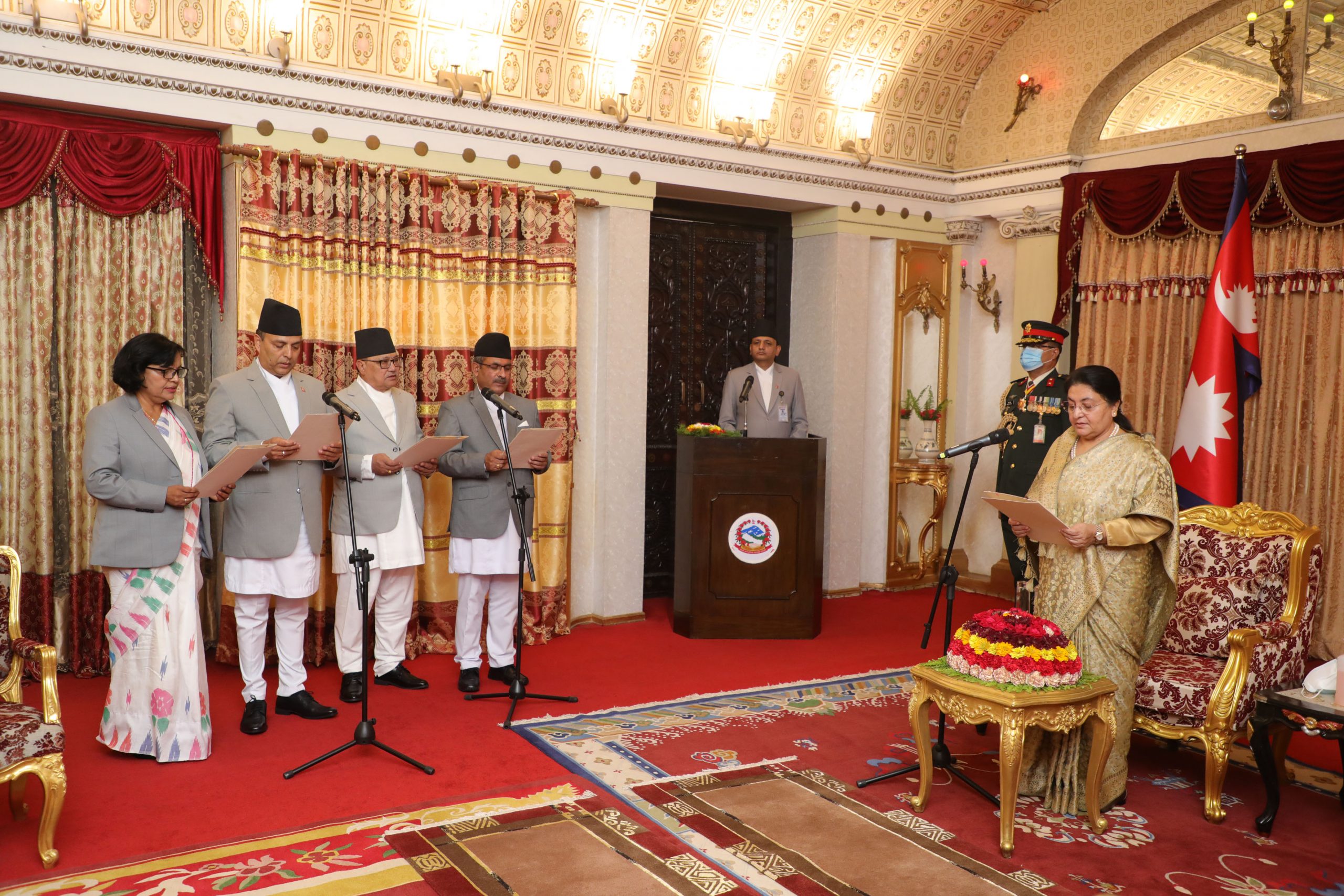 Kathmandu, July 1. Four newly-appointed ambassadors have been administered the oath of office and secrecy by President Bidya Devi Bhandari.

Minister for Foreign Affairs Dr. Narayan Khatiwadal and other high-level officials of the Nepal government were present on the occasion.