There is no policy allowing to run shops or business on footpath: KMC

Sharmila Pathak, RSS
Published on : Thu, 07 Jul, 2022
No ads found for this position 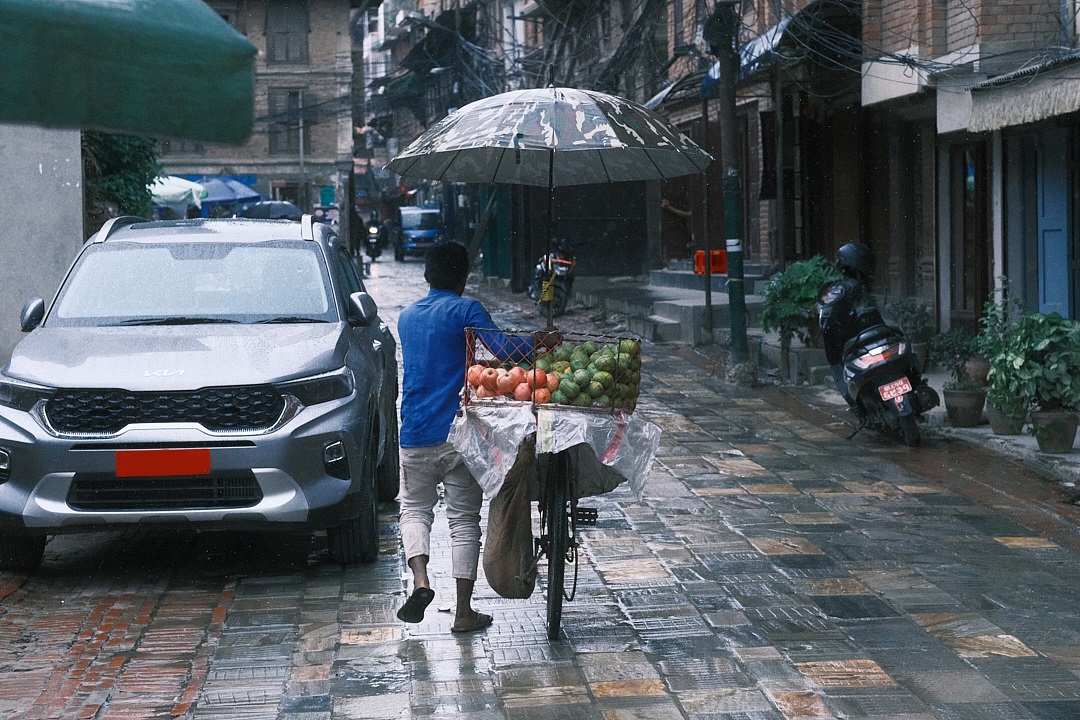 Kathmandu, July 7. The Kathmandu Metropolitan City (KMC) has made it clear that it does not at all have the policy allowing the operation of any sort of business on the footpath.

The KMC policy states that no goods and commodities including foodstuff can be sold and distributed from the roadside or on the footpath at any time.

Talking to the RSS, KMC Police Chief Dhanapati Sapkota said that managing the footpath is the primary among the responsibilities given by the KMC to the Metropolitan Police.

“The pavement is for the pedestrians. It is not made for running shops and stalls. Those operating shops and stalls without obeying this rule have been hauled and their goods confiscated,” the KMC Police Chief said, reminding that newly-elected Mayor Balendra Shah had, during the time of filing his candidacy, announced to manage the businesses run on footpath. Shah was elected the KMC mayor through the municipal election held a month back.

It is also stated in the Policy and Programmes for the next fiscal year passed by the KMC municipal assembly on June 22 that the businesses operating from the footpath would be controlled.

“We have moved forward the works as per the decision of the KMC Executive. It is not a matter to protest. Why to protest when we have carried our job in line with the Municipal Executive’s decision? It is also our responsibility to transform the business operating from the footpath so that they come under the ambit of tax,” Sapkota elaborated.

Stating that it is but natural for criticisms while carrying out works, he said the KMC has only been controlling the encroachment on the road and pavements. As he said, the side running business on the pavement or roads will be affected when the authorities try to control the encroachment and these sides tend to make various comments and criticisms. The KMC Police Chief said he takes such comments and criticisms as obvious.

He insisted that the work on managing the footpath has been done in the interest of the general public.

Sapkota said, “Running a business using street is not positive in any pretext. The policy of the KMC mentioned that no one is allowed to run business in the street round the clock, if it has been taking place somewhere, it is being happened clandestinely. The KMC will take initiative to bring all of them under the ambit of law in coming days.”

He opined that city police have been focusing its attention to bring vendors under the control in the morning and evening when the movement of people is high.  The KMC was criticized after a video of city police confiscating the good from a couple selling maize at the street and misbehaving the couple was uploaded on social media.

The KMC has been working to control street encroachment by deploying four teams every day. Mostly the street of Sundhara, New Road, Baneshwor, Koteshwor, Gaushala, Chabahil, New Bus Park, Balaju, Kalanki and Kalimati are being encroached.

The KMC was compelled to take such action after its frequent requests not to run any business encroaching street were ignored, Sapkota argued. According to the KMC, goods confiscated from the vendors are put for auction process.

Similarly, goods that become stale easily as well as fruits, vegetables and flammable substances are returned to the concerned businessman after taking fine from them.

In the current fiscal year, the local government has proceeded with the sale of confiscated goods at an auction and last fiscal year, goods including iron items, hoarding boards, bicycles and carts worth Rs 5.2 million were sold at an auction, according to Chief Sapkota.

Vendors voice for alternative to footpath

In one hand, the Metropolis is seeking to implement its policy, while the stories of street vendors are different. Manamaya Poudyal, 53, of Ramechhap who has been selling garments on the footpath of Sundhara since the past one decade.  As she said, the situation is different now and they remain watchful to the potential arrivals of town police to intervene in the business.

It has been already 15 years that the Poudyal family left the village. Now Manamaya’s children are grown and they are used to the Valley life. They are reluctant to go back to the village and she is finding its challenging to help her children settle in the Valley. As she opined, the Metropolis should come with alternatives to street vending before intervening in the business.

Ramjanam Mishra has the similar story to share with as of Manamaya.  He has been selling fruits at the entrance of Dallu Bridge since the past 17 years.   He has the experiences of getting his goods seized by the town police many times. Each time, he is compelled to pay fine to get his belongings back.   He is feeding his six –member family from the street vending.  He also insists that the local government should provide them alternatives to earning livelihood before it has the policy of vacating the street.

However, the Metropolis says it presently finds no situation to provide a space or fix a location for footbath business. As it says, it has no way to controlling it at the moment.