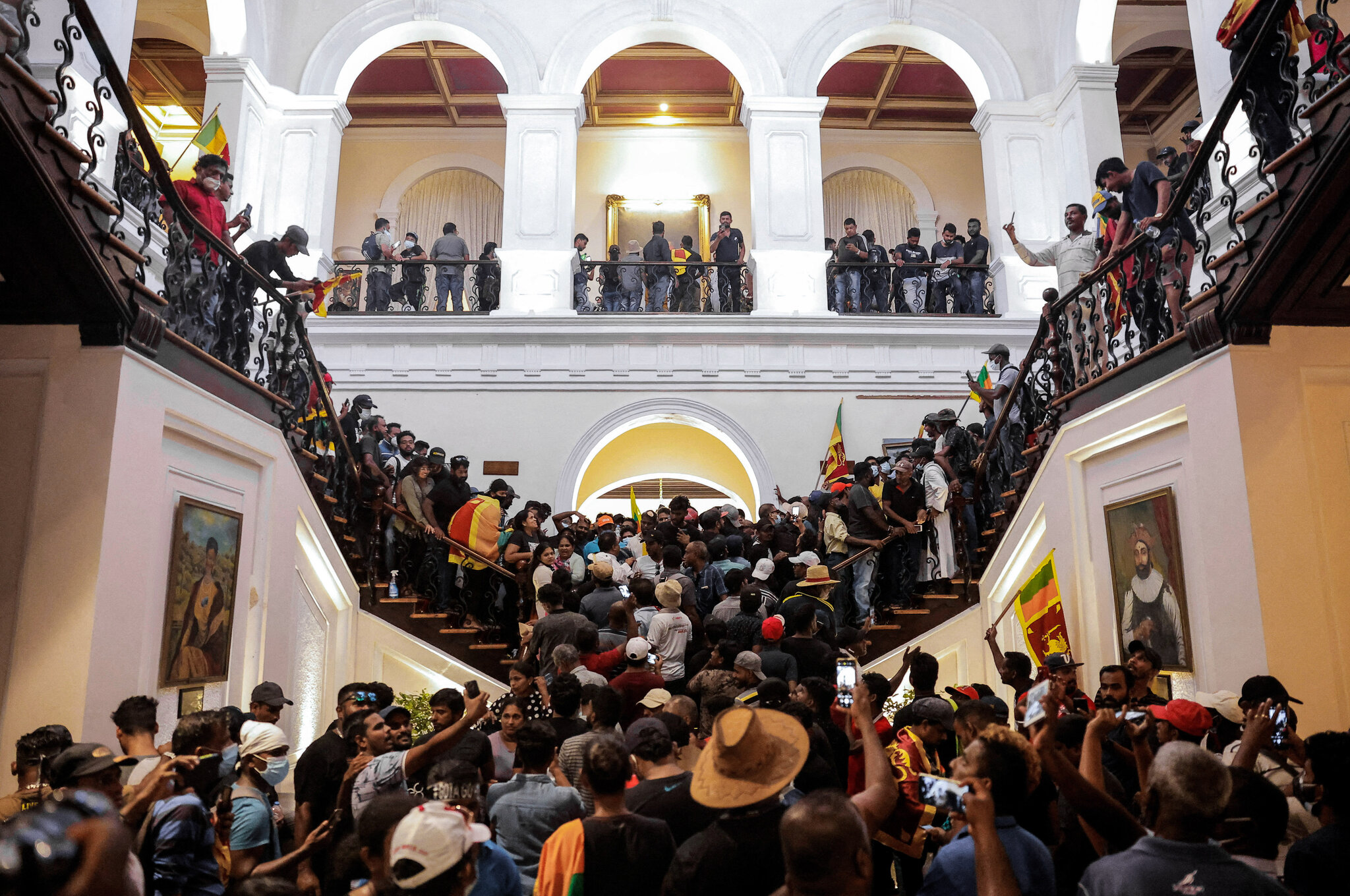 Sri Lanka’s economy has been foundering for months, leading to widespread protests.Credit...Dinuka Liyanawatte/Reuters

COLOMBO, July 11. Millions of rupees in cash left behind by Sri Lanka’s president when he fled his official residence was handed over to a court Monday after being turned in by protestors, police said as a succession battle got underway.

Protesters discovered 17.85 million rupees (about $50,000) in crisp new banknotes but turned it over to police following Saturday’s storming of the Presidential palace.

“The cash was taken over by the police and will be produced in court today,” a police spokesman said.

sources said a suitcase full of documents had also been left behind at the stately mansion.

President Gotabaya Rajapaksa took up residence at the two-century-old building after he was driven out of his private home on March 31 when protesters tried to storm it.

The 73-year-old leader escaped through a back door under escort from naval personnel and was taken away by boat, heading to the northeast of the island, official sources told AFP.

His exact whereabouts were not known Monday morning, but Prime Minister Ranil Wickremesinghe’s office said Rajapaksa had officially informed him of his intention to resign, without specifying a date.

The 73-year-old Wickremesinghe will automatically become acting president in the event of Rajapaksa’s resignation, until parliament elects an MP to serve until November 2024.

But Wickremesinghe has himself announced his willingness to step down if consensus is reached on forming a unity government.

Rajapaksa promised at the weekend to step down on Wednesday and clear the way for a “peaceful transition,” according to parliamentary Speaker Mahinda Abeywardana.

The succession process could take between three days — the minimum time taken to convene parliament — and a maximum of 30 days allowed under the statute.

An SJB official said they reached a tentative agreement with dissidents in Rajapaksa’s SLPP to support 55-year-old Premadasa, the son of a former president, for the top job, with an SLPP member to take the premiership.

Former Rajapaksa loyalist, Dullas Alahapperuma, 63, an ex-media minister, was tipped to be the new prime minister, an SJB legislator involved in the talks told AFP.

Five ministers resigned over the weekend and Wickremesinghe’s office said the cabinet had agreed on Monday to resign en masse once an agreement was reached on an “all-party government”.

On Monday, tens of thousands were still occupying the Presidential Palace, the nearby sea-front Presidential Secretariat and the Prime Minister’s “Temple Trees” official residence.

“The demand is very clear, people are still asking for the resignation (of Rajapaksa), and full resignation, in a written confirmation,” said protester Dela Peiris.

“So hopefully we will have this resignation from the government including the prime minister and president in the coming days.”

Protesters captured Rajapaksa’s sea-front office shortly after overrunning the palace on Saturday and have promised to stay on until he actually leaves office.

The premier’s private home in Colombo was also set on fire on Saturday night.

Demonstrators had been camping outside the president’s office for over three months demanding he quit over the country’s unprecedented economic crisis.

Rajapaksa is accused of mismanaging the economy to a point where the country has run out of foreign exchange to finance even the most essential imports, leading to severe hardships for the 22 million population.

Wickremesinghe, an opposition legislator, was made premier in May to try and lead the country out of its economic crisis — the sixth time he has been appointed to the post.

Sri Lanka defaulted on its $51 billion foreign debt in April and is in talks with the IMF for a possible bailout.

Sri Lanka has nearly exhausted its already scarce supplies of petrol. The government has ordered the closure of non-essential offices and schools to reduce commuting and save fuel.