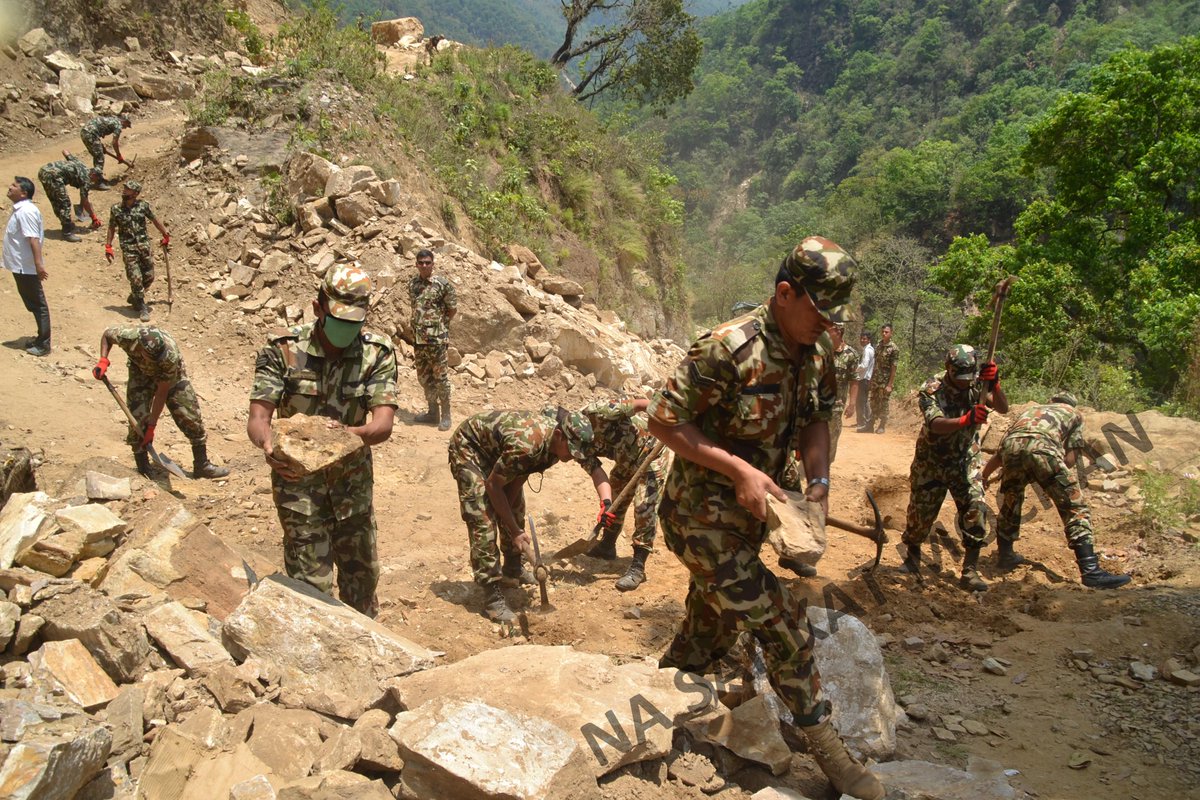 The 18-kilometer stretch of the road is a part of the grand Benighat-Arughat-Larkebhanjyang project. The construction of the project began in April 2017, five months after the cabinet instructed Nepali Army to take responsibility for the project.