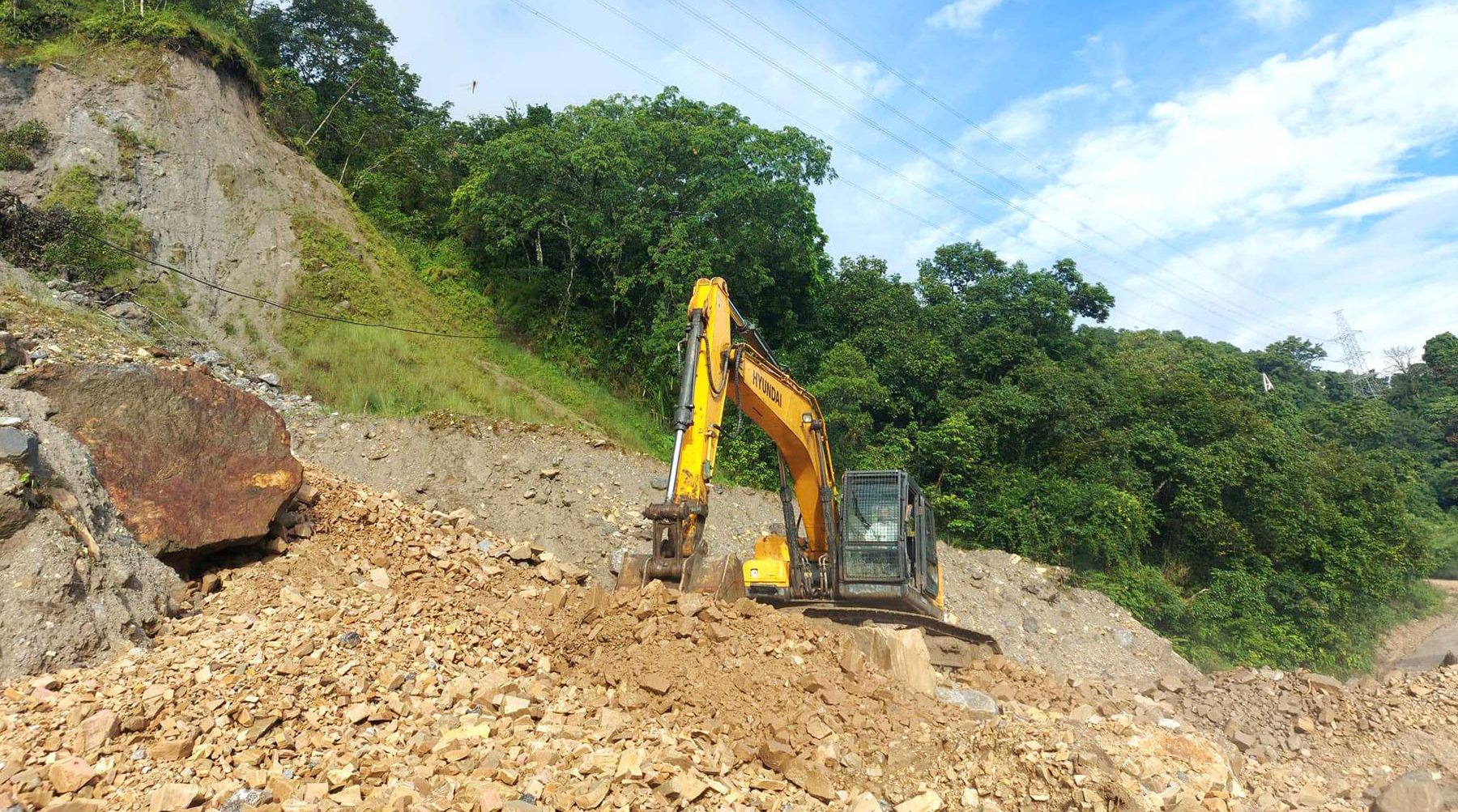 Kathmandu, August 1. The Besisahar-Chame road stretch en route to Ghoptevir has been blocked since Monday morning. Automobiles and their passengers are stuck on the road at Rambazar.

According to Suman Adhikari, a sub-engineer at the Dumre-Besinshahr-Chame road project, the highway was blocked by two major landslides in Rambazar of Lamjung’s Marsyangdi Rural Municipality and at Ghoptevir of Manang.

Adhikari further informed that clearing the debris immediately is nearly impossible given its massive scale. The clearing teams are constantly working on the road.

Landslides have been a usual occurrence along these routes in the monsoon season. Today’s landslide was triggered by a heavy rainfall that began on Sunday night.