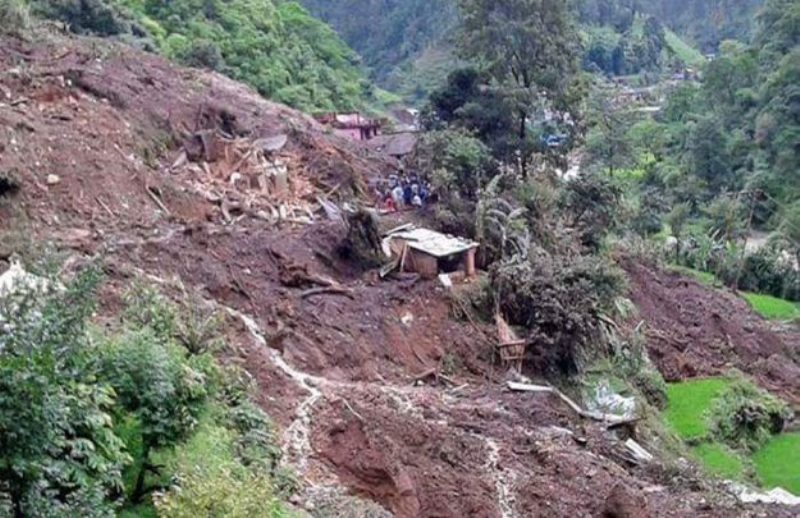 Myagdi, August 5. Six families have been displaced due to landslides occurring at different places of Malika Rural Municipality-4 in the Myagdi district.

Police said that five houses at Chhipchhipe village and one in Mahabhir are displaced after the landslides.

Rural Municipal Executive Member Dal Bahadur Khadkathoki said those displaced ones have been shifted to the safe zone.

He said the families of Kesh Bahadur Gotame, Nar Bir Gotame, Tirkha Bahadur Gotame, Tularam Gotame and Ramesh Gotame of Chhipchhipe village have been shifted to their relatives’ house while the family of Tek Bahadur BK of Mahabhir is taking temporary shelter in a community building.