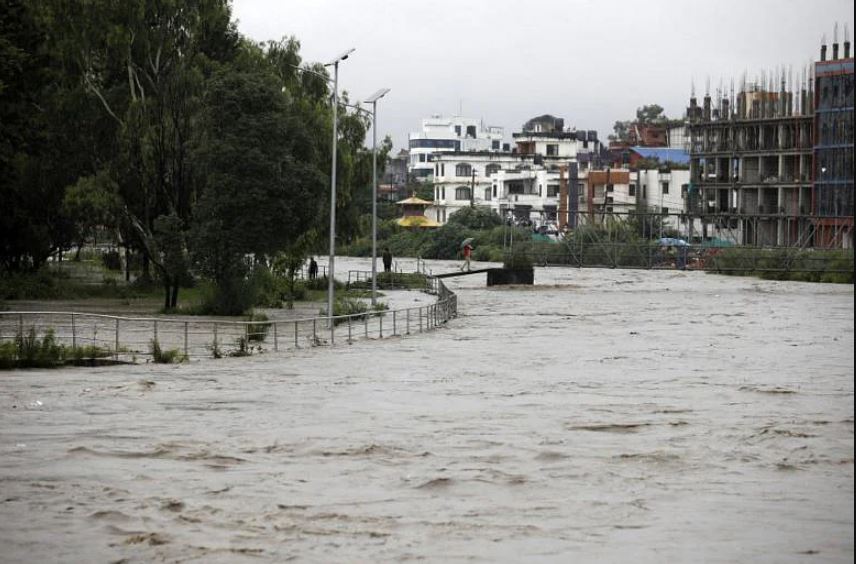 Kathmandu, August 10. More than 800 houses have been inundated as a result of the effects of excessive rainfall in Bhaktapur.

The Manohara river got swollen due to a heavy downpour on Tuesday night, causing inundation in ward number one of the Madyapur Thimi.

Shree Bhakta Kasichhwa, who led a rescue team of the Province Sports Development Council, told reporters that the huge settlement of 880 houses on the Manohara river bank was flooded.

“From the wee hours to the morning, our team along with two excavators worked to evacuate the victims by breaking the walls of the houses. A lot of families were on the roofs of houses, pleading for help,” he said.

He further explained that the riverbank settlements are at high risk of getting swept away by the swollen river. “About 80 houses have already been taken by the flood,” he noted.