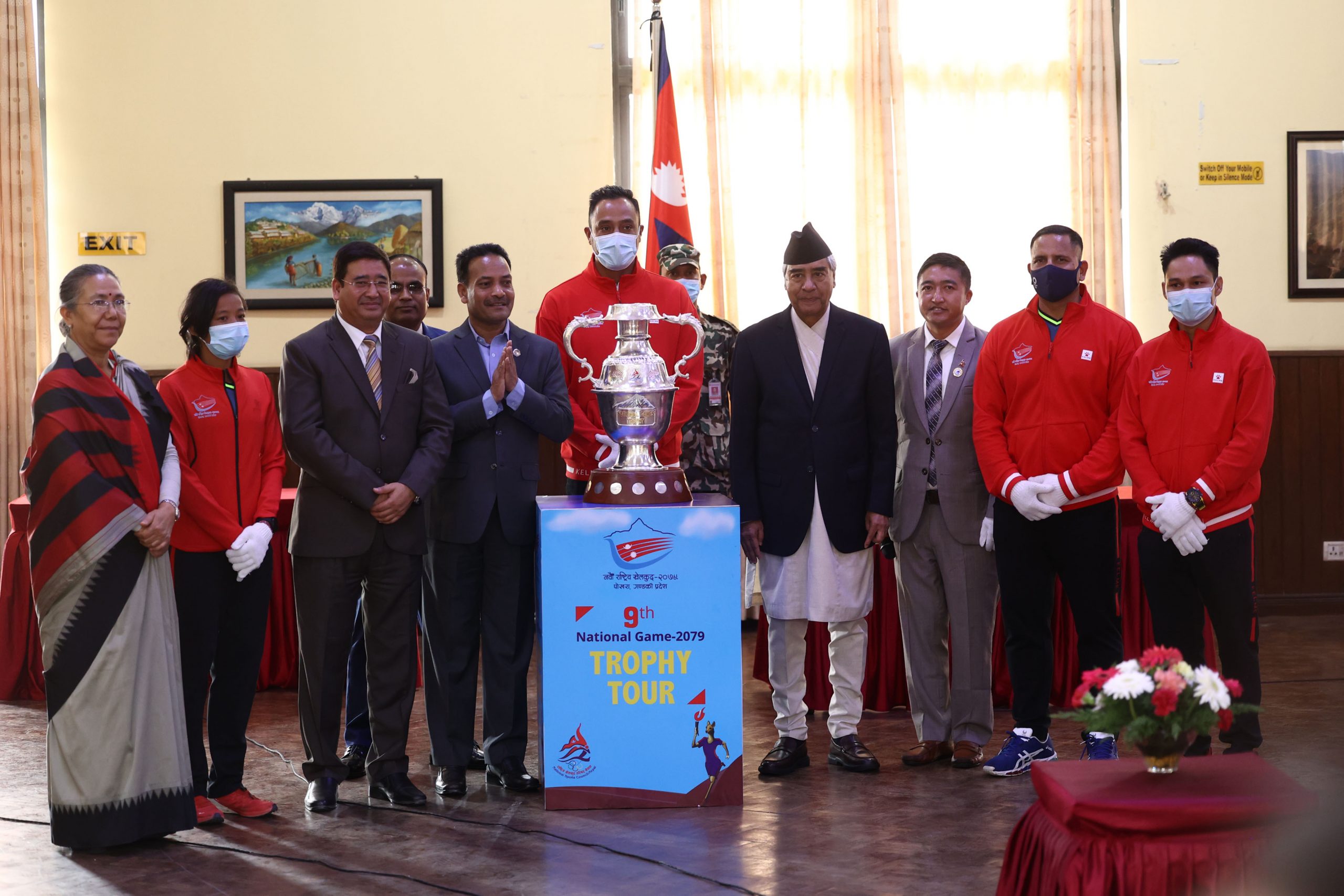 At a programme organized at the official residence of the Prime Minister at Baluwatar today, Prime Minister Deuba made public the ‘National Game Trophy’.

On the occasion, Deuba asserted the government has been working for the establishment of Sports University in the country.

Although Nepalis are skilled in sports, they are not getting their due, PM Deuba opined that Nepal is also a sports-lover country.

Similarly, Minister for Youth and Sports, Maheshwor Jung Gahatraj, shared that arrangement of trophy has been made for medal winner teams for the first time in the ninth National Games.

Likewise, Member-Secretary of the National Sports Council, Tanka Lal Ghising, informed about preparation regarding the National Games. He also shed light on the arrangement of trophy in the National Games to be organized in Gandaki Province from October 14 this year.

The trophy would be taken to the venue of ninth National Games, Pokhara, after taking it to the capitals of all seven provinces and headquarters of the departmental teams, he added. (RSS) 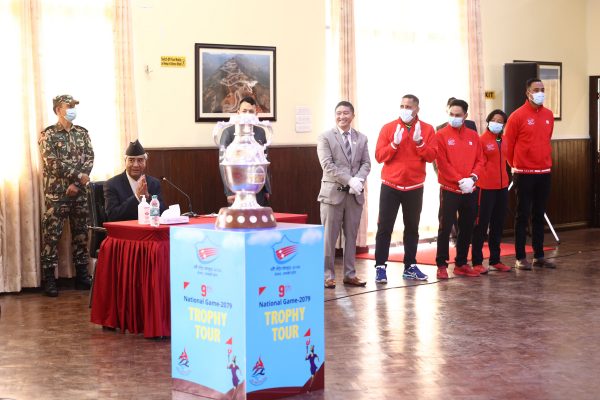 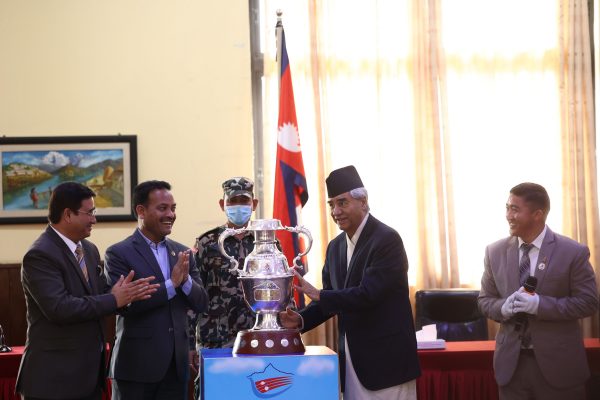 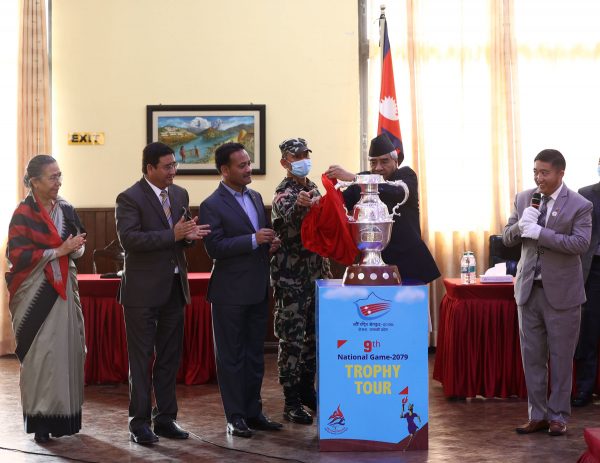