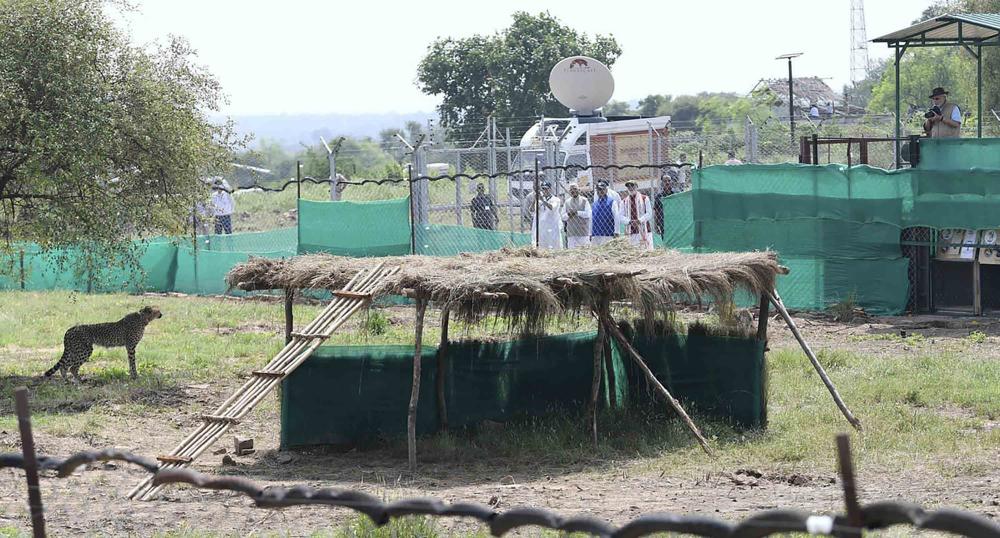 Kathmandu, September 17. Indian Prime Minister Narendra Modi has reintroduced eight cheetahs in an enclosure on Saturday. Cheetahs were extinct in India since 1952, due to hunting and loss of habitat.

The eight big cats were flown in from a charted flight from Namibia. They were released at Kuno National Park in Madhya Pradesh.

More than a dozen of these are in quarantine at Namibia and will arrive at India soon. Further, experts believe that India could provide an environment for cheetahs to thrive. Most countries have their cheetah population on the decline, except in South Africa.

The cheetahs will be tracked for two months in an enclosure before being released in the national park.