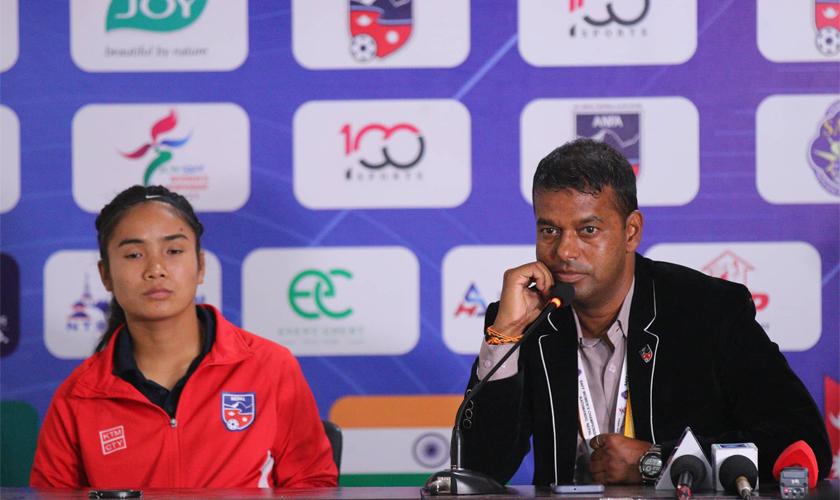 In the final match played at the Dasharath Stadium in Tripureshwar this evening, Bangladesh dashed the hope of Nepal to win its maiden title by defeating it by three goals to one.

Nepal trailed by 2 goals in the first half but made it 2-1 in the second half, before losing out by 1 goal to 3 goals at the end of the match.

For Bangladesh, Samsunahar scored the first goal in the 13th minute while Shrimoti Krishnarani Sarkar made it 2-0 in the 41st minute of the match.

In the 70th minute of the match, Nepal’s Anita Basnet scored a goal to make it 2-1, giving some hope to thousands of Nepali supports present in the stadium to support the home team.  However, Bangaldeshi striker Srimoti doubled her tally of goals to score the third for her team in the 76th minute of the match.(RSS)

Furthermore, post defeat, coach of Nepali women’s football team Kumar Thapa has resigned from the post. He said there was no purpose of being coach as the aim of winning was not fulfilled.