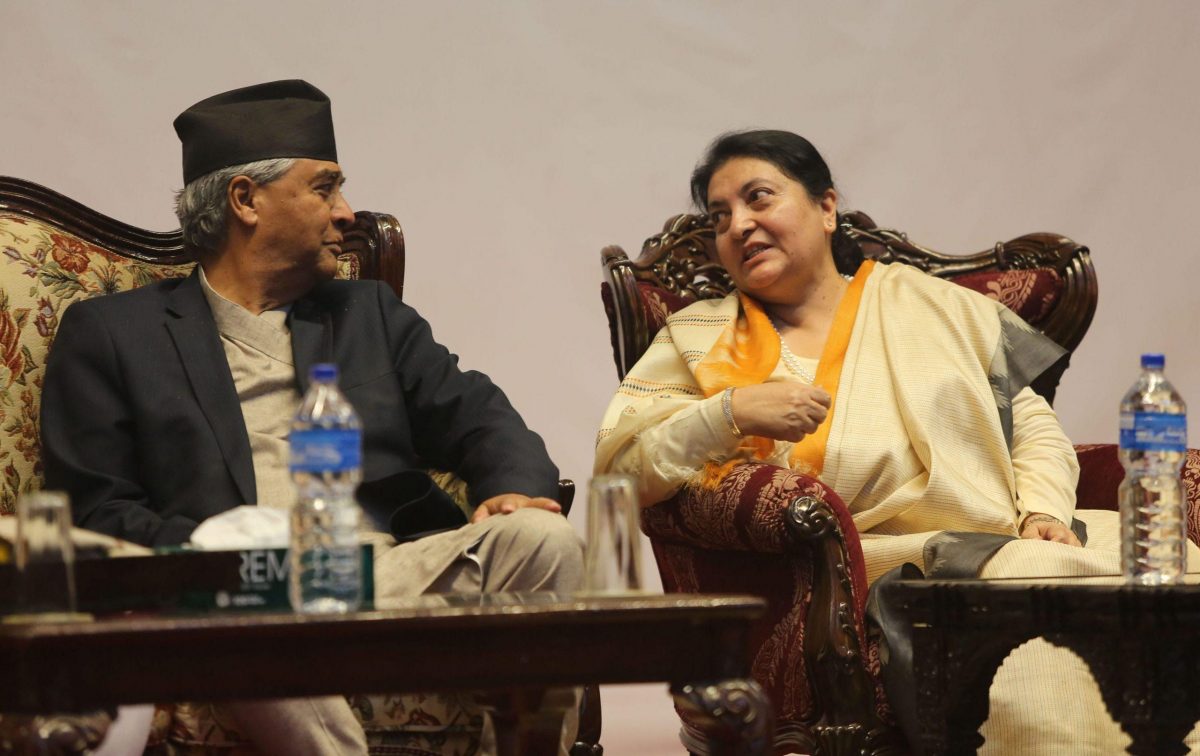 According to sources, the two have discussed over the issue of the citizenship bill. Additionally, PM Deuba met Chairman of CPN Maoist Center Pushpa Kamal Dahal ‘Prachanda’ before visiting the president at Shital Niwas.

Earlier, President Bhandari had sent back the citizenship bill with a message. But the House of Representatives (HoR) re-passed the bill.

Further, the passed bill has been in the President’s office since 14 days. There is a constitutional provision that such bills must be approved by the president within 15 days.

President Bhandari expressed her dissatisfaction that the bill was passed again.