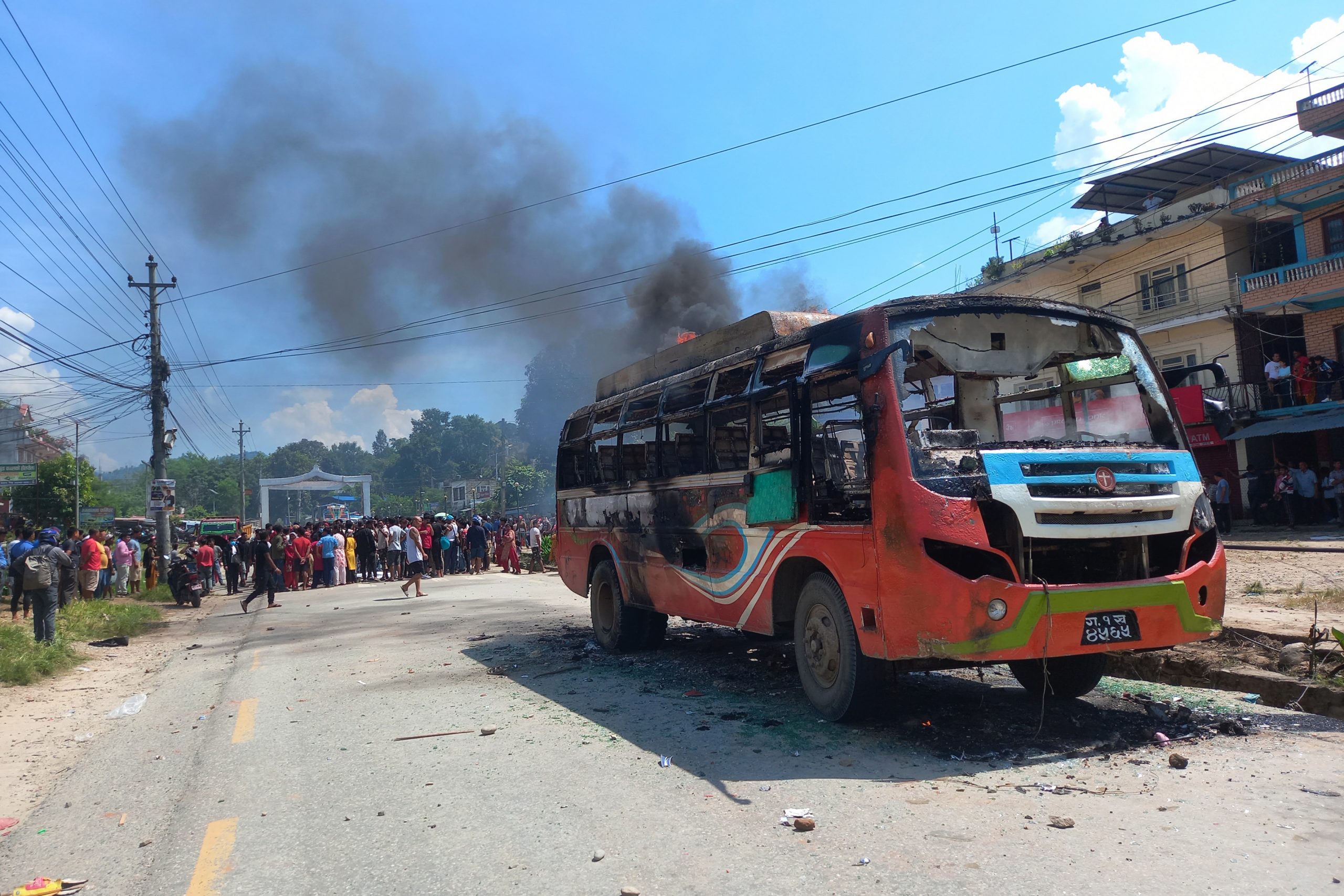 Kathmandu, September 22. Gajuri bazaar at Gajuri Rural Municipality-1 in Dhading district remained tense after a passenger bus knocked down a six-year-old student today. The deceased has been identified as identified as Bijay Pariyar.

He died on the spot when a bus (Ga 1 Kha 4565) heading to Gorkha from Kathmandu hit him, said Superintendent of Police at the District Police Office, Dhading, Rakesh Singh. Pariyar, the student at a local Aadarsha Secondary School, was on the way to school when the accident took place.

Following the accident, enraged local people blocked the road and torched the ill-fated bus. As a result, the entire transportation system came to a halt.

However, ambulances are let go under the police escort.  The protestors chanted slogans. Efforts were made to clear the blocked road. Further, the authorities, local people and victims sat down for an agreement, said the police. (RSS)