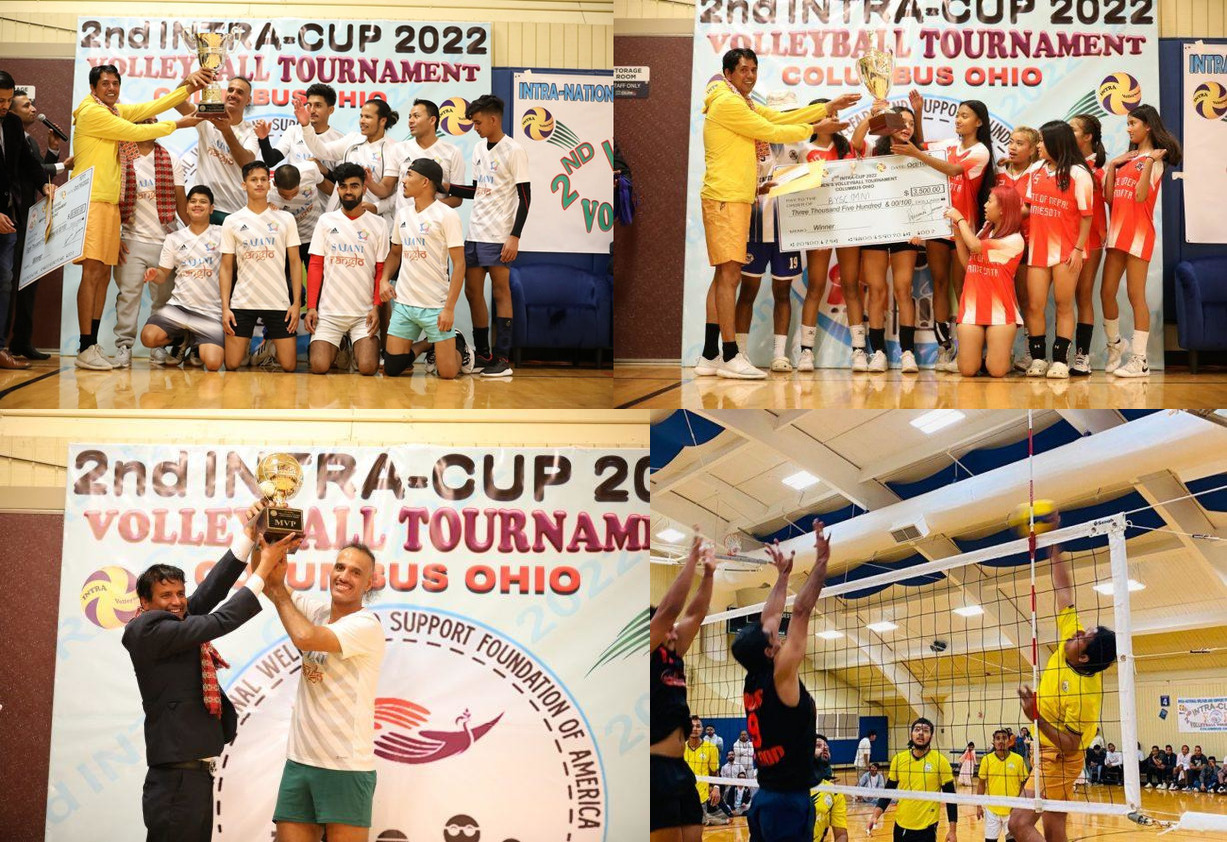 Kathmandu, October 18. The Nepali-speaking community in the United States celebrated its biggest volleyball festival on Saturday and Sunday.

29 teams from nine US states gathered at the Big Run Athletic Complex in Columbus city of Ohio to participate in the “2nd Intra-Cup 2022 Volleyball Tournament”.

The two-day sports event was organized by the Intra National Welfare and Support Foundation, a non-profit organization that promotes Nepali culture across the globe. 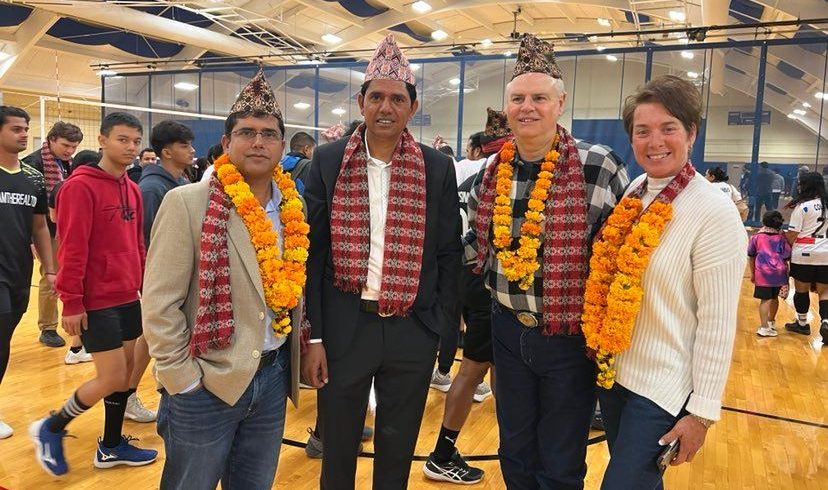 “We had 21 men teams and 8 women teams from the states of New York, Maryland, Minnesota, Ohio, Texas, Kentucky, North Carolina, Virginia, and Pennsylvania,” the coordinator of the organizing committee, Deepesh Pradhan told DCNepal.

The Winners of the Men’s Tournament

The Far Western Nepalese Society from Texas bagged the first prize worth 8,500 US dollars.

Similarly, the Young Blood team from Pennsylvania secured the second prize of 6,500 US dollars.

The Winners of the Women’s Tournament

Likewise, the Bhutanese Youth Sports Club from Minnesota won the finals of the women’s tournament and received 3,500 US dollars.

The Friendship Club from Ohio secured second position in the women’s tournament and received a cash prize of 2,500 US dollars.

The women’s team of Servaver Club received the third prize of 1,000 US dollars.

At the closing ceremony of the grand event, the President of Intra National Welfare and Support Foundation Dilli Adhikari handed over the trophies and certificates to the winning teams.

Similarly, Bandana Adhikari, Kopila Basnet, and Nikita Lama Sherpa were given the title of “Woman of the Match”.

The players of the Far Western Nepalese Society celebrated their victory by dancing on a Deuda song, an iconic traditional dance performed in the far western part of Nepal. The players of other winning teams joined the Deuda dance.

Before the finale match, little girls from the dance class of Intra Foundation performed a Nepali dance on the stage of the Big Run Athletic Complex.