BTS members to serve in S. Korean military, to regroup in ’25 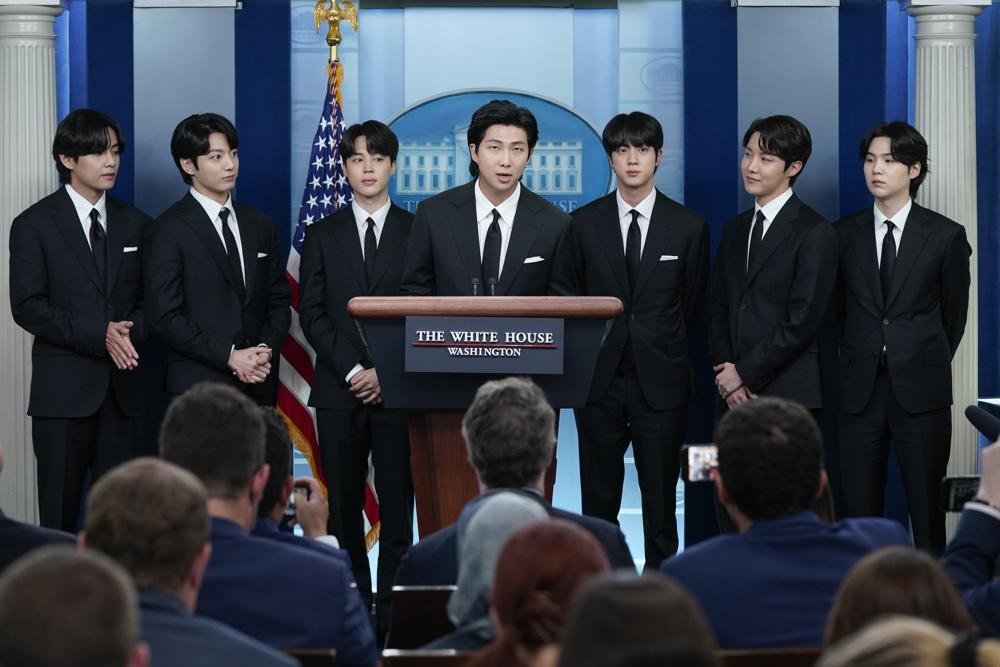 RM, center, accompanied by other K-pop supergroup BTS members from left, V, Jungkook, Jimin, Jin, J-Hope, and Suga speaks during the daily briefing at the White House in Washington, Tuesday, May 31, 2022. The members of K-pop band BTS will serve their mandatory military duties under South Korean law, their management company said Monday, Oct. 17, 2022, effectively ending a debate on exempting them because of their artistic accomplishments. (AP Photo/Evan Vucci, File)

Kathmandu, October 19. Members of the South Korean K-pop band BTS will be serving their mandatory military duties under South Korean law, their management company revealed the news on Monday.

The news ended speculations whether they will be exempted due to their achievements. The company said in a statement that Jin along with other members will serve their term in the military and are “looking forward to reconvening as a group again around 2025 following their service commitment.”