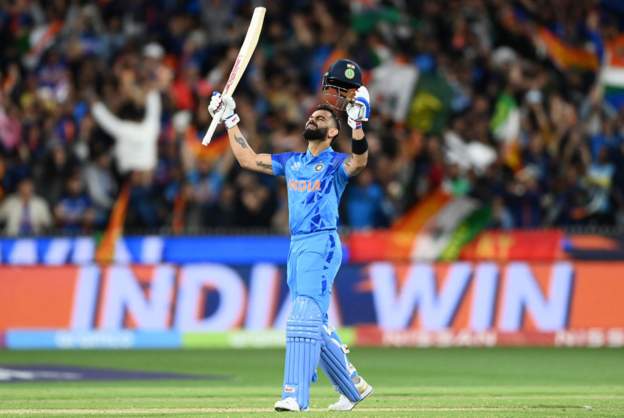 Further, Virat Kohli has been praised to bring in India the win. He scored 82 off 53 balls. He was entitled with ‘Man of the Match’ award as well.

This run-chase of India against Pakistan has been considered India’s most successful one. The previous one was in Asia Cup in 2022. Player Hardik Pandya had hit Mohammad Nawaz for a six down.

While Kohli was under the scanner for his performance in the last few matches, he praised fellow player Hardik to have well played and supported him. He said, “It’s a surreal atmosphere, I have no words, no idea how that happened. I am really lost for words. Hardik believed we can do it, if we stayed till the end.”

Further, Kohli was seen emotional after the win. His wife, actress Anushka Sharma also posted an emotional note on her Instagram handle praising him and his game.

Moreover, India is next scheduled to face Netherlands on October 27.