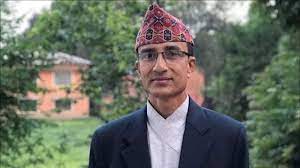 Thapa was admitted to Nobel Hospital, Biratnagar for treatment. He was diagnosed with dengue and later contracted pneumonia. Thapa, 56, died Wednesday morning at the hospital, as revealed by the family.

Further, Thapa was a candidate of Nepali Congress from the Provincial Assembly Constituency (A) of Morang Constituency-3 for the upcoming elections. Minister Thapa had earlier worked as a personal aide to late Girija Prasad Koirala.

Moreover, Prime Minister Deuba expressed his sorrow over the demise of Minister Thapa.