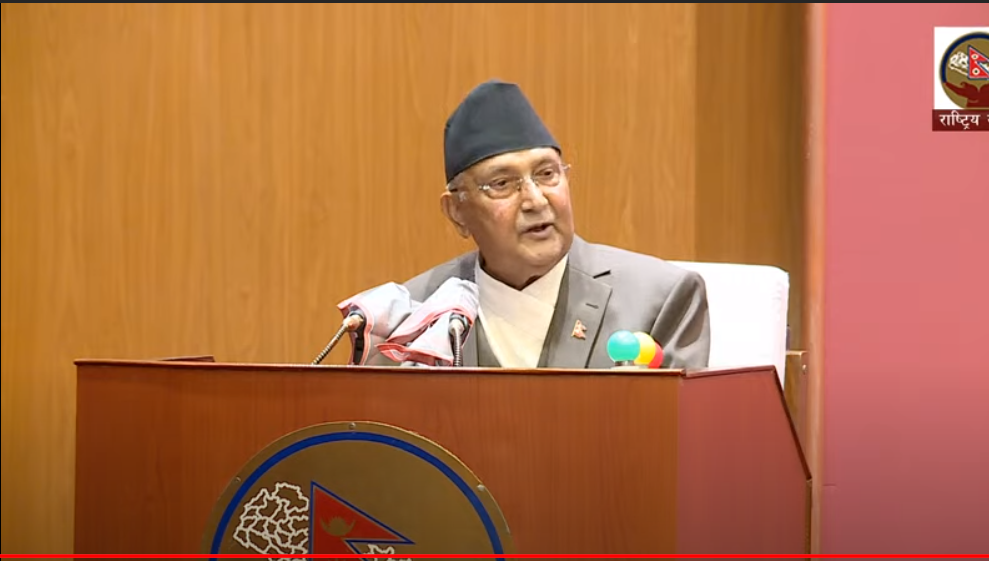 Kathmandu, November 12. CPN (UML) Chairman KP Sharma Oli has claimed that UML-led government will be formed after the November 20 elections.

Addressing an election assembly at Attariya of Kailali on Saturday, Oli made such claim adding that the projects of the national importance will be advanced then.

He also claimed that only the UML has visions for nation building and the party can troubleshot the issues of poor, hapless, squatters and free Kamaiyas. Likewise, Oli also addressed election assemblies at Lamki in Kailali and Dipayal of Doti on Saturday itself and called the voters to cast vote for the UML.

No force can stop UML’s victory and the UML will support senior citizens, children, youth and those suppressed ones, he said addressing the gathering in Lamki.

Further, speaking in Dipayal, Oli said that the UML would bring back Nepal’s land of Limpiyadhura, Lipulek and Kalapani in the way it has been included in the political map. (RSS)