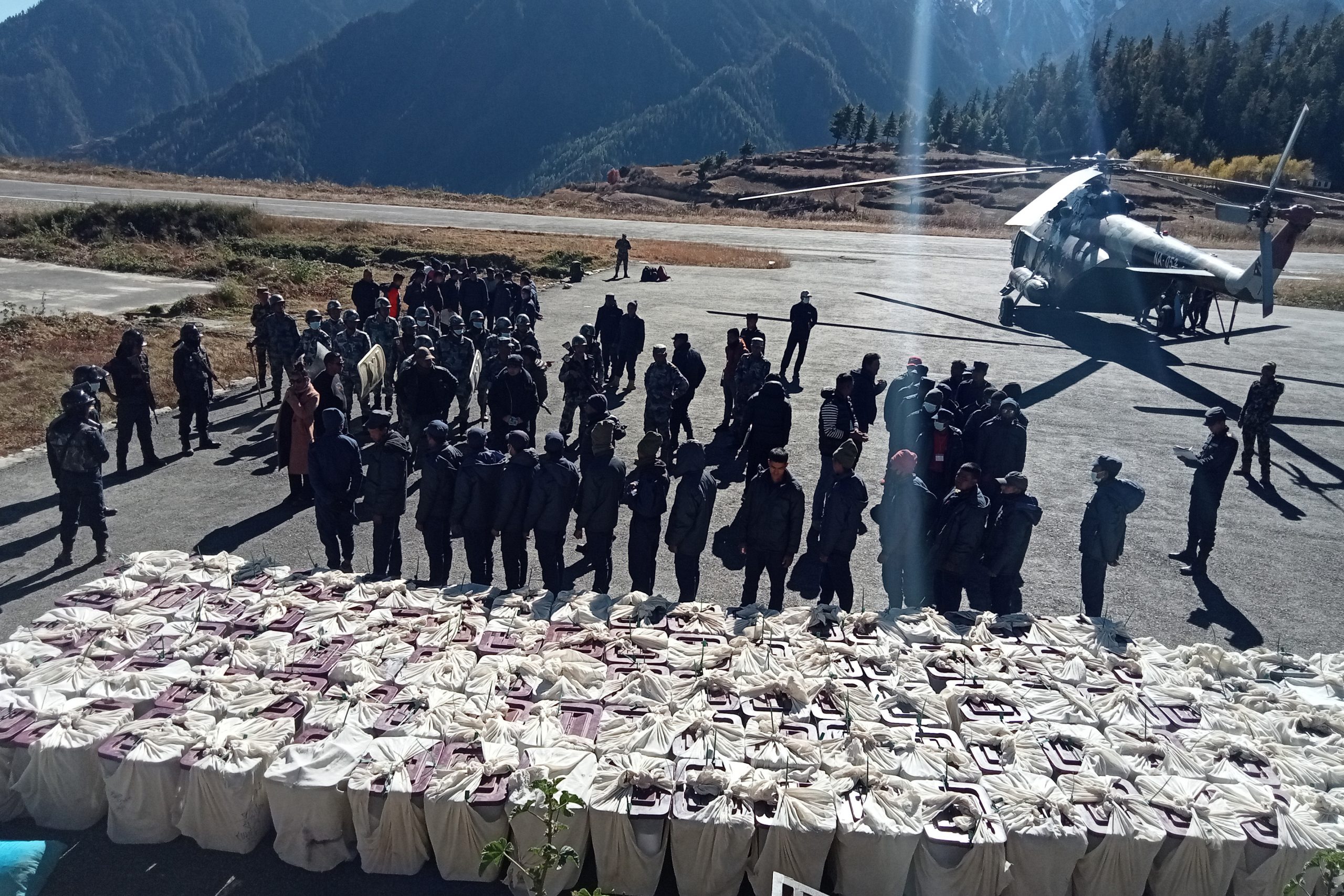 Kathmandu, November 23. 135 election workers and security personnel stationed in 12 voting stations around Upper Dolpa are unable to return to the district headquarter. They are seeking assistance with an airlift rescue.

For the November 20 elections, a total of  511 employees were deployed in 22 locations across the district.

“They were dropped to the stations by a helicopter. Now they are being airlifted. Today morning, 10 employees were brought back along with the ballot boxes,” Dolpa’s Chief Election Officer Baburam Subedi informed reporters.

Subedi also said that the Election Commission has been notified about the delay in airlifting the employees. “Government employees’ lives are important, thus there should be no delay in evacuating them to safety,” he added.