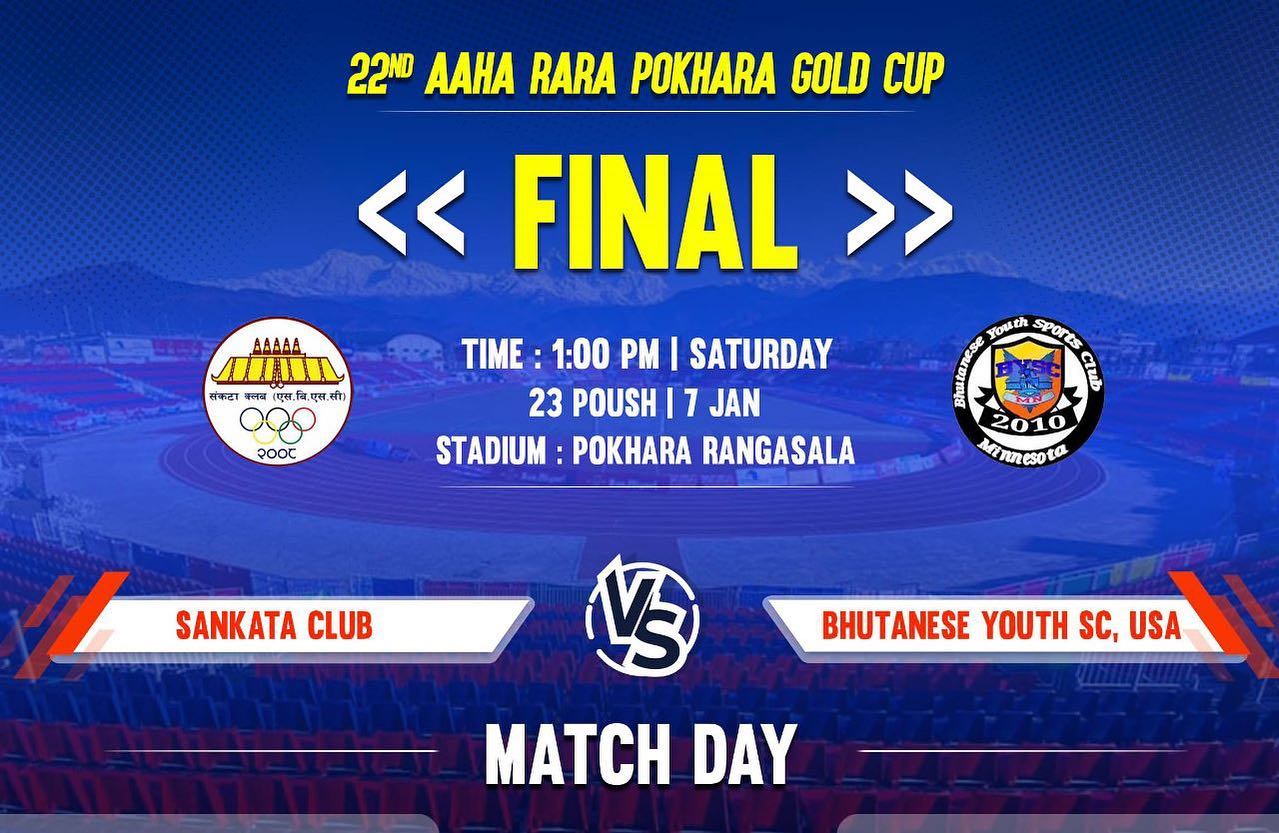 Kathmandu, January 7. The final game of the 22nd “Aaha Rara Pokhara Gold Cup” will be organized today at Pokhara Stadium.

Sankata Club and Bhutanese Youth Sports Club of United States are competing in the match which will commence at 1:30 p.m.

One of the teams will bag the monetary prize of 12 lakh Nepali rupees. The other one (runner-up) will receive Rs 6 lakh.

The competition began on December 29 and featured ten teams.